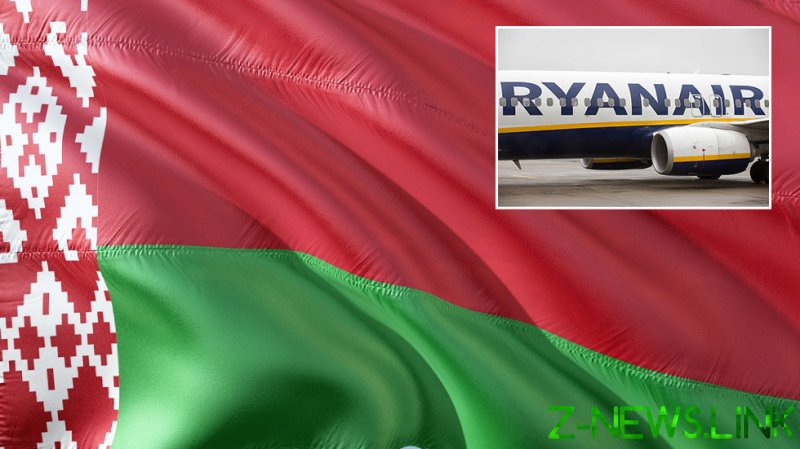 But beyond the satisfaction derived from selective outrage, it’s hard to see what purpose this pressure will serve in the long run.

In the past year, Western powers have turned their gaze to the east European state of Belarus, making no secret of their desire to see the end of its president, Alexander Lukashenko, often described as the ‘last dictator in Europe’. Last August, Lukashenko claimed to have won re-election with 80% of the popular vote, an assertion that many believed was fraudulent.

The official election results sparked massive protests in Belarus, but over time, the number of demonstrators gradually dwindled. Lukashenko showed himself to have a strong grip on power, and the West’s hopes of his overthrow evaporated.

The Belarusian president has demonstrated a willingness to use whatever amount of force is required to maintain his position. This was shown again this weekend when the authorities in Minsk forced a commercial airliner passing through their country’s airspace to land in the capital. Two passengers, opposition activist Roman Protasevich and his Russian girlfriend Sofia Sapega, were taken off the plane and detained.

While Western media describes Protasevich variously as a “reporter,” “journalist,” or “blogger,” critics have pointed to his alleged connections with far-right groups, including a Belarusian militia group known as the Pahonia Detachment. The Ukrainian news agency Zn.ua also reports that Protasevich spent time serving in the press department of the notorious Azov Regiment in Ukraine.

More significantly, Protasevich played a prominent role in organizing the anti-Lukashenko protests in Belarus through his work for the Polish-based Telegram channel NEXTA, which is said to have over a million subscribers. In response, the Belarusian government has charged him with extremism and organizing mass riots. If convicted, he could face up to 15 years in jail.

Discussions of the legality of Belarus’ action centre on the 1944 Chicago Convention on International Civil Aviation. This gives every state “complete and exclusive sovereignty over the airspace above its territory.” The convention allows states to intercept aircraft, but stipulates that the interception must be a “last resort” and must not endanger the safety of either the aircraft or those on board.

As with so much international law, this allows for politically-biased interpretation. If you disapprove of Belarus’ act, you can find reasons to describe it as contrary to the convention. If you don’t, you can find reasons to say the opposite. In any case, international law gives plenty of room for selective application. If an ally does something that is obviously illegal, there’s nothing obliging you to complain about it. But if a hostile state does something that could possibly be seen as contrary to the law, even if the case is weak, you have every right to complain about it as loudly as you please.

So it is in this case. European politicians lost no time in condemning Belarus’ behaviour in the most forthright terms. Irish Foreign Minister Simon Coveney, for instance, described it as “effectively aviation piracy, state sponsored.”

“It is dangerous, reckless, and naturally the EU is going to act,” Coveney’s Swedish counterpart, Ann Linde said.  Meanwhile, British Foreign Secretary Dominic Raab condemned what he called the “reckless, cynical and dangerous hijacking of a Ryanair flight by the Belarus government.”  The UK government has also ordered all British planes to cease flying over Belarus.

The West declared no such outrage when in a remarkably similar incident in 2016, the Ukrainian authorities forced a Belarusian Belavia airliner to land in Kiev and arrested one of the passengers, the Armenian “journalist, blogger, and anti-Maidan activist” Armen Martirosyan.

Neither did anyone express any concern last year when details were revealed of a Ukrainian plan (never put into effect) to intercept an aircraft flying from Belarus to Turkey and arrest passengers allegedly belonging to the Russian security company Wagner. Nor, for that matter, did Western leaders protest when the plane of Bolivian President Evo Morales was forced to land in Austria, in the mistaken hope of finding American whistleblower Edward Snowden on board, back in 2013.

None of this justifies the Belarusian action – two wrongs don’t make a right. But it’s clear that Western indignation stems from politicians’ attitude towards the Belarusian government rather than from some broader commitment to the so-called “rules-based international order.” Western leaders’ natural desire will be to use this opportunity to ramp up sanctions on Belarus in hopes of hastening Lukashenko’s overthrow. The problem they face is that there is absolutely no reason to believe that this will be the outcome.

Psychologists speak of ‘action bias’ – the tendency to believe that value can only be realized through action. In international affairs, this is reflected in the argument that one can’t do nothing when foreign states act in ways we disapprove of. But we regularly do nothing in such circumstances, and are better off for it. This perhaps would be a good moment to do likewise.