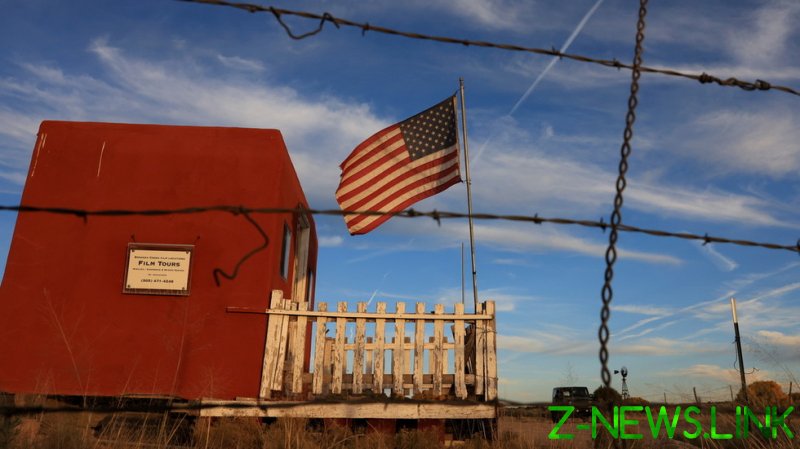 “We know there was a live round in a box of dummy rounds that shouldn’t have been there, at least one live round,” Gutierrez-Reed’s attorney Jason Bowles suggested on Wednesday on ‘The Today Show’.

Various forms of live and dummy ammunition were collected from the ‘Rust’ set-turned-crime-scene after actor-producer Baldwin accidentally killed cinematographer Halyna Hutchins while practicing drawing his gun. While multiple on-set staffers had cleared the gun as “cold” before passing it down the chain to Baldwin, at least one live round was still in the weapon, and Baldwin not only shot and killed Hutchins but also injured director Joel Souza.

Despite Gutierrez-Reed’s lawyer’s insistence that she was the victim of sabotage on the set of ‘Rust’, the 24-year-old armorer had previously come under criticism for supposed carelessness with weapons during her first stint handling guns for a film, the yet-to-be-released Nicolas Cage vehicle ‘The Old Way’. Gutierrez-Reed was described by a co-worker on the set as “a bit careless with the guns” and reportedly handed a gun she hadn’t checked for safety to an 11-year-old actress.

As for ‘Rust’, her second production as head armorer, Gutierrez-Reed and her lawyers have repeatedly insisted they “ha[ve] no idea where the live rounds came from,” but the unfolding investigation has revealed there were already two “accidental discharges” of firearms on set before Baldwin’s fatal shooting of Hutchins.

According to police search warrants, four people handled the gun that was used to kill the cinematographer. Aside from Baldwin and Gutierrez-Reed, they were assistant director Dave Halls – who has his own dubious history with prop firearms – and prop master Sarah Zachry.