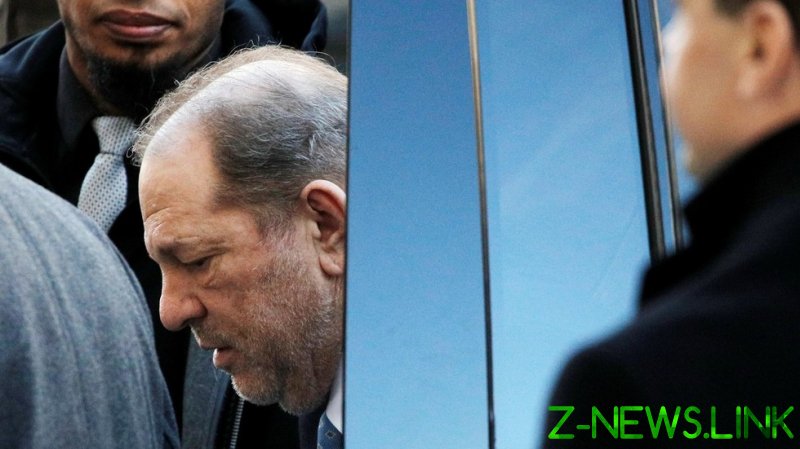 Weinstein, 69, was handed over to authorities for transport to California from New York on Tuesday morning, according to New York state corrections officials. The former studio boss had been incarcerated at a prison near Buffalo, in upstate New York, since being sentenced in March 2020 to 23 years behind bars on convictions of rape and sexual assault against two women.

Awaiting Weinstein in California are 11 counts of sex crimes against five women in the Los Angeles area from 2004 to 2013. He allegedly exploited his power as one of Hollywood’s most influential producers – Weinstein and his brother, Bob Weinstein, founded Miramax – to sexually assault or harass dozens of actresses and other young women, then use an ‘army of spies’ to silence his victims.

In California, Weinstein is accused of rape, forcible oral copulation, sexual battery by restraint, and sexual penetration by use of force. Prosecutors there first charged him in January 2020, just as the defendant’s New York trial for allegedly raping an aspiring actress and forcing a production assistant to perform oral sex was getting underway.

Because a grand jury confirmed the California charges against Weinstein in March of this year, prosecutors will be able to skip a public hearing to show probable cause, meaning his case can be advanced to trial more quickly.

At the hearing last month where his extradition was ordered, lawyer Norman Effman suggested that his arraignment be held by video so he can be kept in the New York prison for medical treatment. New York prosecutor Colleen Curtin Gable retorted, “It’s Los Angeles. It’s not some remote outpost that doesn’t have any sort of medical care.”