Discovered a new form of life 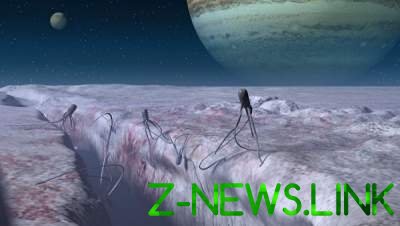 The researchers analyzed the DNA of single-celled.

A team of scientists from the University of Washington in Seattle (USA) found marine micro-organisms, which get energy for life, using arsenic.

The researchers analyzed the DNA of unicellular that live in the oxygen minimum zone, which is located at depths from 200 to 1000 meters. In the absence of oxygen the organisms are normally used for respiration, oxidized sulfur compounds and nitrogen as electron acceptors. However, experts have discovered genes involved in the oxidation and recovery of arsenic, which is poison for humans and other animals.

See also:  In the Zhytomyr region in a sewage pit discovered the lifeless body

The existence of such organisms had been known before, but still did not find them in the ocean. It was thought that arsenic was used to breathing in those days, when the Earth had little oxygen.

According to estimates, breathable arsenic unicellular make up about one percent of marine microbial communities and make a significant contribution to the biogeochemical cycles of oxygen-free oceanic areas.

See also:  Could explode at any minute: under the United States discovered a giant bubble of magma