Home / INCREDIBLE / Disclosed the reason of ancient massacres in Poland

Disclosed the reason of ancient massacres in Poland 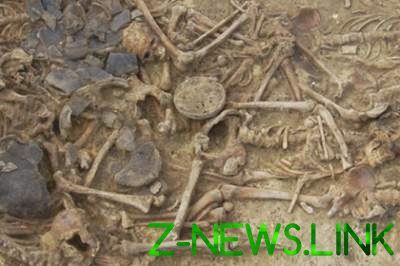 The bones belonged to members of a few families.

Archaeologists analyzed the DNA extracted from the remains of ancient people, buried about five thousand years ago in the area near the Polish village of Kosice. It turned out, the skeletons belonged to members of families, including women and children, who were carefully buried their relatives. They were killed by the enemy tribe.

The results of Dating showed that the bodies were buried in 2880-2776 years BC, when the territory of Eastern Europe, clashes occurred between different tribes and cultures. Found at the site artifacts indicate that the dead (at their skulls had traces of serious injuries) belonged to the archaeological culture globular amphora, characterized by growing pigs and the creation of spherical pottery.

See also:  In Ukraine, revealed the unusual appearance of bats

Scientists have analysed DNA extracted from the bones of 15 people. It turned out that they were associated with the Neolithic farmers and Western hunter-gatherers. According to the researchers, the representatives of the globular amphora culture clashed with the culture of battle axes. The bones belonged to members of several families, including mothers buried with their children. However, among the victims there were not enough men.

See also:  From the depths of the ocean recorded a strange sound

Experts believe that the enemy killed the men of the settlement, when men were not home. Returning fathers and husbands buried their children, wives and other relatives.