Disclosed the cost of the smartphone LG V50 ThinQ 5G 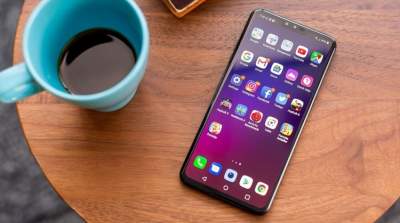 The flagship of the South Korean vendor is built on a powerful chip Qualcomm Snapdragon.

Now the manufacturer has reported that sales of the gadget in South Korea will start on April 19. The novelty is available in 1 119 000 won, which when converted to us currency is approximately $1055. Cover with an additional display until may will be shipped free along with the purchased the smartphone, and later its price will be about $195.

See also:  IPhone owners complain about X for the next problem

Recall, the flagship of the South Korean vendor is built on a powerful chip Qualcomm Snapdragon processor with eight cores and a graphics accelerator Adreno 640.

Support for the operation in communication networks of the fifth generation provided by integrated high-speed modem Snapdragon X50 5G. The configuration is complemented by 6 GB of RAM and built-in storage capacity of 128 GB. Autonomous operation is provided by the battery on 4000 mA·h, supports fast charging Quick Charge 3.0.

The device has a 6.4-inch display, made by technology OLED. It supports a resolution of 3120 × 1440 pixels, which corresponds to the format QHD+. In the upper part of the display are the front camera, is made on the basis of sensors of 8 MP and 5 MP. The main camera is on the back side of the body and is a combination of two 12-megapixel and one 16-megapixel modules. To protect user information from unauthorized access it is proposed to use the built-in rear surface of the housing has a fingerprint scanner and recognition system of the owner in the face.