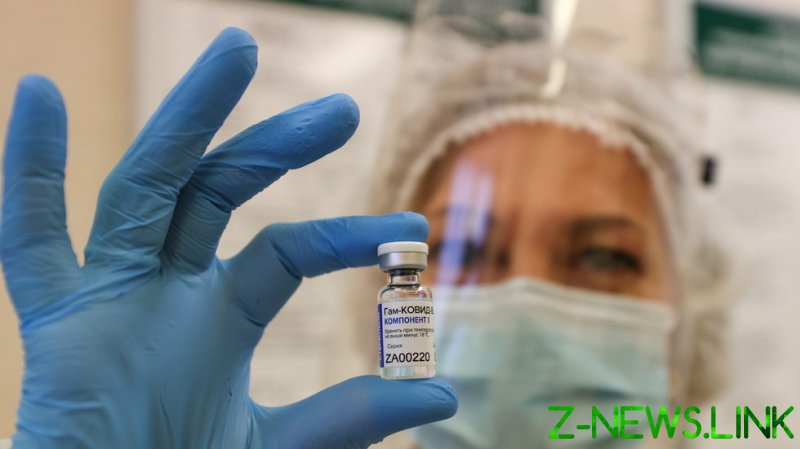 “As the European Union unrolls proven versions of the coronavirus vaccine, Hungary’s PM Orban, apparently to score political points with Putin, imports 6,000 doses of the Sputnik vaccine,” he tweeted on Tuesday, commenting on a Hungary’s receiving the modest shipment of the Russian inoculation for trials earlier this week.

Roth has run the George-Soros funded institution for 27 years, and his Twitter feed suggests his views strongly align with the concerns of his Hungarian-born sponsor.

Hungary is one of about 50 countries that have expressed interest in the Sputnik V coronavirus vaccine. Some of them, including Argentina, Venezuela and Belarus, have already received first batches of the drug.

Roth opposing the Russian jab to the “proven” versions adopted by the EU has drawn condemnation from The Grayzone editor Max Blumenthal, who accused the long-time HRW executive of running “a disinfo campaign” against the Russian vaccine, that has shown roughly the same efficacy as its western counterparts.

“The vaccines produced by Western Big Pharma are no more “proven” than the Sputnik V. Both demonstrate 90%+ efficacy levels in trials,” he noted.

Other commentators echoed the sentiment, some jokingly appointing Roth a spokesman for rival Moderna and Pfizer jabs.

In a Facebook post on Tuesday, Hungary’s Foreign Minister Peter Szijjarto defended the move to purchase the vaccine, noting that Russian health authorities provided Hungarian doctors and epidemiologists full access to laboratories where the jab is being manufactured, and that the members of the delegation were more satisfied with the tour, speaking about the  “state of the art technology” and “the highest level of expertise” by the Russian researchers upon return.

Szijjarto lamented, however, that the opinion of the medical professionals did not placate the nay-sayers, seeking to politicize the issue.

“This is an extremely irresponsible thing,” the minister said, pointing out that Hungary has for decades been taking advantage of Russia-made inoculations.

“The vast majority of Hungarians have been vaccinated with Russian vaccines since childhood, as all our vaccines used to come from there,” he said.

As an EU member, Hungary has to wait for a medicine to be greenlit by the European Medicines Agency (EMA), responsible for approving new drugs and vaccines across the bloc before it can put it to use. The Amsterdam-based body has so far given its seal of approval only to one vaccine, developed by Pfizer and BioNTech.

The watchdog is set to review the US-based Moderna vaccine’s application by January 6, instead of the initial 12 January deadline, after it faced accusations of dragging its feet on the urgent issue.

At the same time, EMA’s executive director Emer Cooke said that if countries believe that “the benefits” of a certain vaccine, not approved by the EU, outweigh the risks then they are “free to allow the temporary use of a product without a license.”