Home / Society / Dipped in the toilet, a fifth grader in Primorye began to terrorize the townspeople

Dipped in the toilet, a fifth grader in Primorye began to terrorize the townspeople 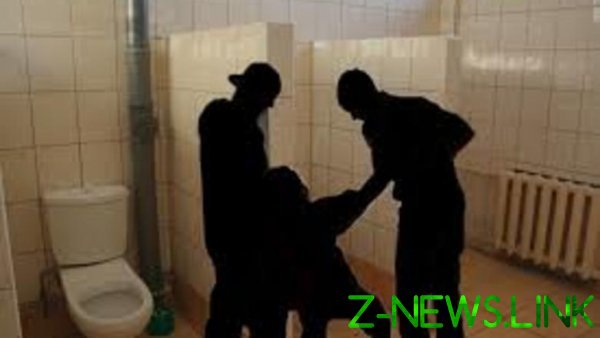 The mother of the boy, a student at the same school with a fifth grader from the town of Bolshoi Kamen in Primorye, which was dipped in the toilet, said that the injured child is now in the hospital, and “terrorizing” the entire city.

“Teachers are trying to convince people that the boy is a good all around lying, and from us, the parents, no complaints were not. Even seeing the reference about the beatings and injuries inflicted by Alexei children, say that it is not true, fake,” explained the woman, “Moskovsky Komsomolets”.

In her opinion, teachers are trying to prove that the parents came to school and just dipped the baby’s head in the toilet.

“I can already see that there are comments from people who believe that. Believe the girl who is in hospital with a ruptured spleen, almost boxer, beat all, and he is the only one who was able to give her back. But children confirmed by all our words. Before they changed their testimony when the fifth-grader was in school and threats forced them to abandon their words, now is not, they can tell the truth,” explained the interviewee.

See also:  School toilet for a million in Mariupol ridiculed

She added that dipped into the toilet the child is now in the hospital, but see it constantly on the street.

“I wrote the people who saw him throwing bombs at passers-by, seniors in General, he puts them in bags. That’s just today again someone showered. School he does not attend because allegedly beaten, in a hospital. At the hospital is a pleasure, I would say. I wrote the doctor who was giving him shots that no concussion, she doesn’t see,” said the woman.

According to her, at the moment of conflict a child after the incident did not appear in school and have not yet tried to threaten other students.

See also:  Rainy forecast: the Earth's climate began to change not for the better

“Two classmate’s son stayed with me overnight, they are very happy incident, that finally someone understood. But still they are afraid, they say that well while in school there, and what will happen next is unclear. I asked why they didn’t try to deal with it, not tried all get together and fight back, and they said they will then call the principal and get expelled. You know? They are afraid, and he – no!” – concluded the interlocutor.

The beating of a child at school in the seaside town of Bolshoi Kamen has become one of the most read and discussed news for the reason that this could happen almost in any Russian school. The newspaper VIEW versed how to resolve conflicts in schools.