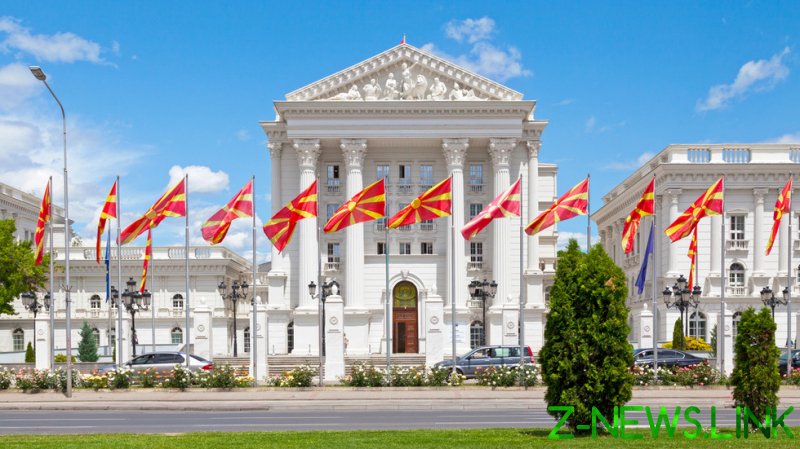 North Macedonia has declared five Russian diplomats ‘persona non grata’ in the latest round of diplomatic war, which has significantly escalated since Moscow launched its attack on Ukraine at the end of February.

On Monday, the Russian ambassador to North Macedonia, Sergey Bazdnikin, was summoned to the Ministry of Foreign Affairs and handed a note verbale with which five staff members of the Embassy of the Russian Federation were declared persona non grata in North Macedonia.

“According to the information received from the relevant authorities, the five Russian diplomats in question were engaging in activities contrary to the Vienna Convention on Diplomatic Relations and are to leave the territory of the Republic of North Macedonian in the next five days,” the ministry said in a statement.

The announcement follows a recent decision by the North Macedonian authorities to abolish the visa-free program for Russian citizens.

The Russian Ministry of Foreign Affairs on Monday made its own move by summoning Slovak ambassador Lubomir Regak and informing him of the expulsion of three Slovak diplomats.

“They were ordered to leave Russia within 72 hours,” the ministry said.

It specified that the measure had been taken “as a response to the expulsion in March this year of three employees of the Russian embassy in Slovakia.”

The Russian side has also expressed “strong protest” in connection with the “obstruction of the work” of Russian state entities abroad, as well as in relation to vandalism incidents against Soviet memorials in Slovakia, which, according to Moscow, have recently become more frequent.

In mid-March, Slovakia expelled three Russian diplomats for the alleged violation of the Vienna Convention. This month saw several other countries – Bulgaria, Latvia, Lithuania, and Estonia – taking similar steps. Poland has expelled 45 diplomats – almost three quarters of the total size of the diplomatic mission – also on suspicion of espionage.

Russian Foreign Ministry spokeswoman Maria Zakharova made it clear that all “unfounded” expulsions would be met with an “appropriate response” from Moscow.