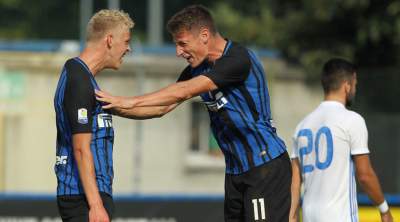 Dynamo U-19 side failed to qualify for the next round of the UEFA Youth League.

The problem with the young Dynamo has begun in the end of the away game, when Dynamo lost two goals and allowed inter to regain the confidence in their abilities.

The return match went off script “Dynamo” – the forward of “inter” Andrea Pinamonti the 30-th minute scored twice, and all finally became clear when Jens Odgaard brought the score to devastating.

Kiev for 90 minutes, created a few dangerous moments. Attempts to “Dynamo” to open the defense of “inter” through the flanks also were unsuccessful.

To failure in the UEFA Youth League close and Donetsk “Shakhtar” – Serhiy Shyshchenko’s first round of the group stage ended with zero points.