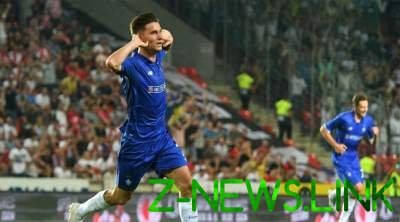 Vice-champion of Ukraine Dynamo Kyiv in the third qualifying round of the Champions League was “Slavia” and secured the European Cup fall.

“Dynamo” already in the opening match, managed to come out ahead on 11 minutes, Verbic hardly noticeable touch flicked the ball into the near corner after a pass Tsygankov.

A few minutes before the half time whistle the ball was in the gate smartly, however the main referee Daniel Stefano cancelled the goal out for offside. The replay showed that the pole was wrong.

In the second half, Slavia continued to put pressure on the defense Dynamo, but the hosts managed to contain the attacks of the Czechs. At the 73rd minute in a counterattack
Tsygankov brought Besedina one-on-one with the goalkeeper, he skillfully threw the last barrier on the way to the grid. And again the referees made a mistake, not fixing minimal offside the striker “Dynamo”.

Rival Dynamo in the final qualifying round of the Champions League will be determined in the return match between the “Ajax” and “standard”. Even in case of failure, the Dynamo will continue their Champions League campaign and will receive a ticket to the group stage of the Europa League.

See also:  Bondarenko reached the semifinals of the tournament in Tashkent 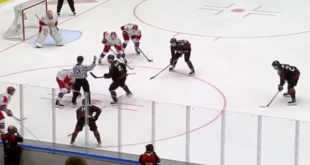