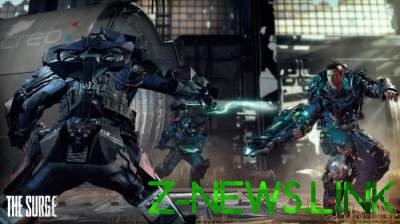 These games surpassed the competitors in the technical intricacies.

Digital Foundry Eurogamer is known to the unit that analyses the technical intricacies of video games.

7. Nex Machina. According to Digital Foundry, the engineering part of this arcade shooter was released especially impressive: detailed, but fully destructible levels, interesting voxel solutions, a tremendous number of particles in the frame and with consistently high performance.

6. The Surge. Digital Foundry notes that the Studio Deck 13 did not have to use third-party engines, and prefer self — Fledge Engine. The authors of the list say that technologically The Surge is comparable to the Unreal Engine, but at the same time gives high performance, does not occupy much space (on consoles the game weighs only six gigabytes) and features a fast download.

5. Gravity Rush 2. Digital Foundry praises the game for detailed levels combined with their high level of physical interactivity and destructible, as well as quality post-processing.

4. Claybook. Technology is at the core of this game is the brainchild of a former employee of the Studio RedLynx, who is primarily known for a series of Trials. Claybook uses an unusual blend geometry based on the Signed Distance Field, the visual elements of the ray trace and a homemade physics engine. Due to this Claybook is able to meticulously reproduce the behavior of the clay, along with its interactivity.

3. The Legend of Zelda: Breath of the Wild. Digital Foundry calls it a stunning technical achievement. At first glance, they say, can not notice, but you need to take into account the hardware on which the game appeared (and it’s not even about Nintendo Switch, and about the Wii U), the number of “features” that uses the engine, and the average level of performance.

Like, even with the limitations of their consoles Breath of the Wild gives the same level of interaction with the environment, which is not the dream of many other open world games. Digital Foundry says that recent “Zelda” includes so many modern stuff that is drawn on the high-tech game ever made by Nintendo.

1. Horizon: Zero Dawn. Digital Foundry has been extremely positive about the lighting and design world, highlights the number of parts and stable performance. The animation is smooth, the model of the protagonist and other characters are wonderfully comprehensive but the detail of the textures is very high. And all this, they say, not counting the excellent post-effects.

See also: Became known release date of the next game from the creators of GTA

A detailed view listing the tricky technology can see in the video.