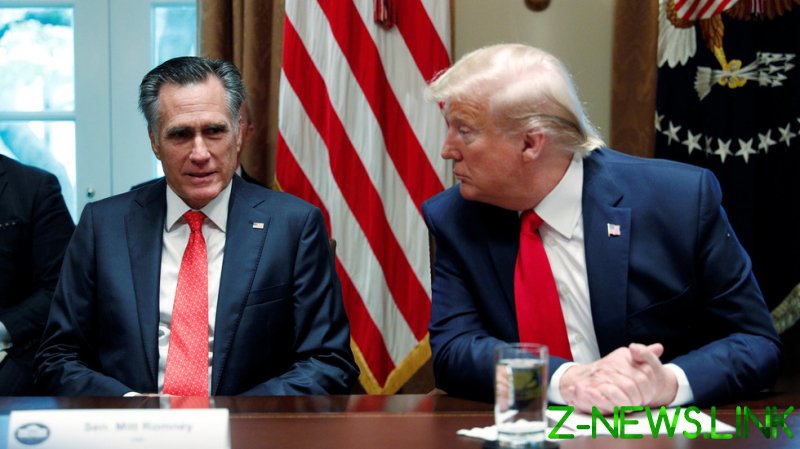 The Utah Republican came out swinging at Trump on Thursday, arguing that the president, “having failed to make even a plausible case of widespread fraud or conspiracy before any court of law,” has resorted to mobster tactics.

Sasse apparently referred to a fiery press conference Giuliani and Sidney Powell – best known for representing Trump’s former aide General Michael Flynn – gave on Thursday, citing alleged instances of voter fraud and arguing that, if not for rampant electoral violations in several Democratic strongholds, Trump would have had the election in the bag.

While Republicans seem to be increasingly split on Trump’s election fraud claims, one of the president’s most vocal supporters in the mainstream media, Fox News host Tucker Carlson, appeared to cast doubt on some of the election irregularities allegations, which Powell claimed were caused by rigged software.  At the press conference, Powell claimed that Dominion Voting Systems and Smartmatic software were involved in erasing Trump votes and “injecting” votes for Biden, alleging that they processed voting data in Germany and Spain and that the firms were linked to Venezuela, Cuba and China.

Carlson said that when he invited Powell to the show, asking her for evidence, she refused to produce any. “She’s never sent us any evidence despite requests, polite requests, not a page. When we kept pressing she got angry and told us to stop contacting her.”

Carlson’s take on the election drama did not sit well with many Trump supporters on social media, however, accusing him of using the Powell segment to “discredit the entire Trump case.”