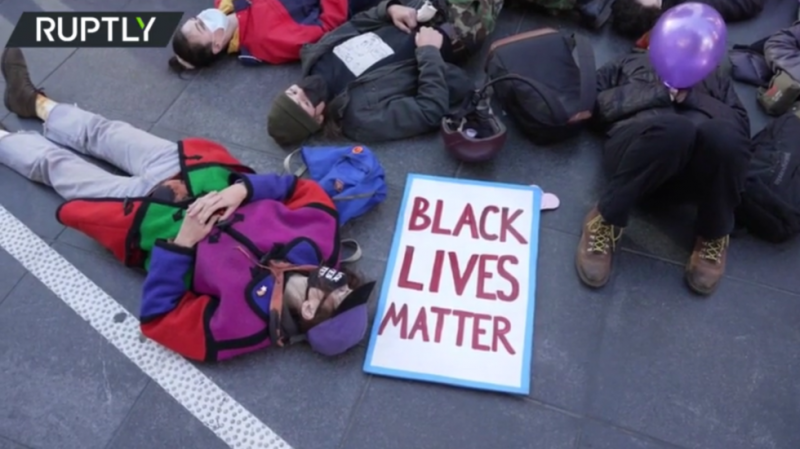 Hundreds of people gathered in New York City’s Times Square to participate in a ‘die-in’ to remember her killing. Footage from RT’s video agency Ruptly shows people lying on the ground, with some holding signs reading “Black Lives Matter” and “Abolish the police.”

Elsewhere in the city, demonstrators carrying signs and chanting Taylor’s name shut down the Brooklyn Bridge. Similar protests were held in Louisville, Seattle, and Portland.

Taylor, a 26-year-old medical worker, was shot and killed by Louisville police officers during a botched raid at her apartment.

The demonstration also sparked acts of vandalism. Activists reportedly smashed up the windows of several businesses in Hollywood. Protesters also threw rocks at police, resulting in several arrests. One officer was injured in the clashes, local media reported.

In one clip, a demonstrator is seen attacking a police cruiser, jumping on the vehicle as it attempts to speed away.

In total, around 200 people participated in the Los Angeles protest, local media reported. Journalist Andy Ngo claimed that the demonstration was organized by the Youth Liberation Front, which has been involved in violent protests in Portland and Seattle.