Home / WORLD / ‘Didn’t feel out of my league’: Saunders vows to return in first statement since Canelo loss as he details ugly extent of injuries 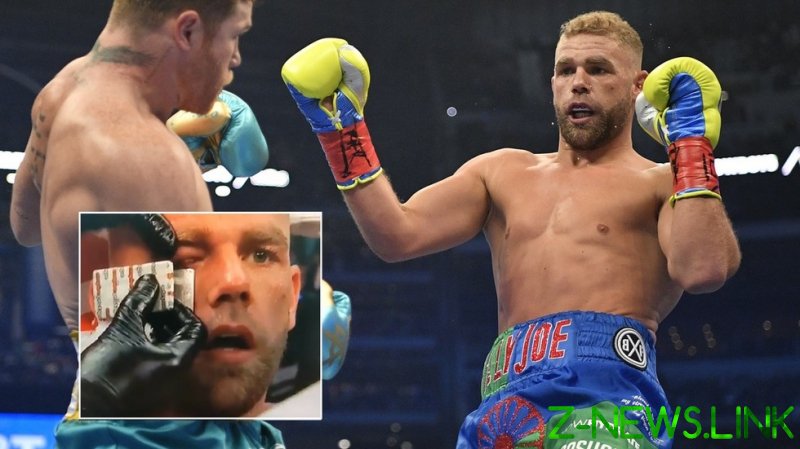 Saunders lost his WBO super-middleweight title to his Mexican rival when he failed to come out for the ninth round, suffering serious swelling to his right eye resulting from a crunching uppercut from Alvarez.

The Brit, 31, was taken to hospital where he underwent surgery on Sunday and has now issued an update to fans on Facebook.

“Thanks everyone for the messages,” Saunders wrote.

“You win some, you lose some. Didn’t feel out of my league but got caught with a good shot and couldn’t see.”

Since Saunders was forced to quit on his school, rancor has raged among fans and fighters as to whether he showed a lack of heart by not continuing – especially as Saunders himself has previously questioned fellow boxers for not going the distance when injured.

In his statement, Saunders suggested the decision had been taken by his trainer, vowing he would make a ring return despite fears over the severity of his injuries.

“Ben [Davison] got the corner to pull it. Thank you to all who watched. I’ll be back, God bless you all,” Saunders wrote. 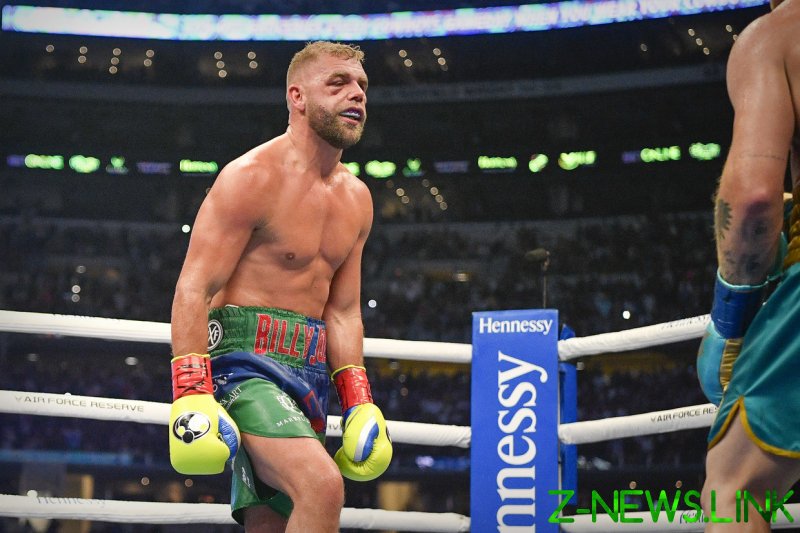 Alvarez added Saunders’ WBO title to his WBA and WBC crowns and has next targeted America’s Caleb Plant, owner of the IBF super-middleweight belt, to complete a full set at 168lbs.

On connecting with the uppercut that sealed Saunders’ fate in front of 73,000 fans at the AT&T Stadium in Arlington, Alvarez has raised his arms in a gesture of confidence that he had broken the will of his opponent.

“I knew it. The truth is, I knew it,” Canelo told DAZN in his post-fight interview.

Saunders’ cornerman Mark Tibbs said that his man had been pulled from the fight for his own benefit.

“His eye socket was caved in and he couldn’t see,” Tibbs told Behind the Gloves.

“I didn’t get the response from him so, you know. It’s frustrating, really, because I felt that he was growing into it. But I had to pull it.

Alvarez was in front on all three scorecards at the time of the stoppage, with two judges scoring the contest 78-74 for the Mexican and the other putting him 77-75 in front.

Despite Alvarez being the dominant force in the fight, many felt Saunders still had a foothold before being caught with the telling blow that ultimately ended his chances.

Before Saturday night, Saunders had gone unbeaten in all 30 of his professional contests.

Alvarez has still suffered just one loss in 59 fights, coming by way of a split decision defeat to Floyd Mayweather in 2013.

The Mexican also has two draws to his name, the last of which came against Kazakh star Gennady Golovkin in September 2017.

Since then, Alvarez has beaten the Kazakh via majority decision and won all six of his other fights, including his destruction of Saunders on Saturday night.