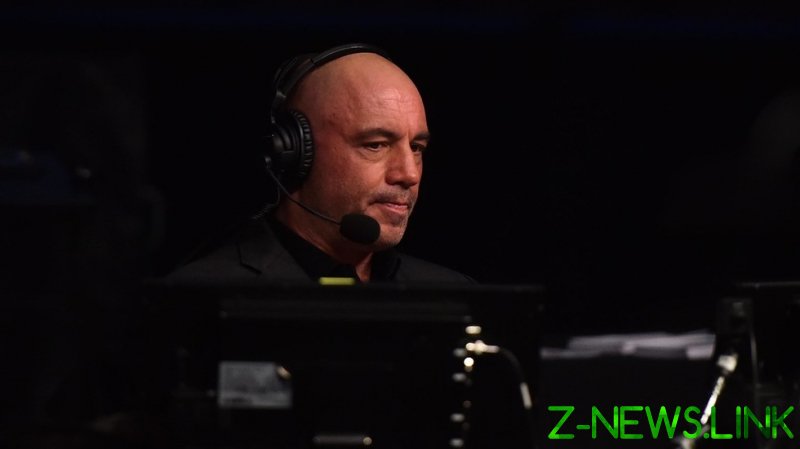 During a Wednesday appearance on ‘The Today Show,’ Fauci was asked about Rogan’s comments, which received heavy backlash on social media after a clip from Rogan’s podcast went viral on Twitter.

The infectious disease expert argued that younger, healthier people can have the virus and be asymptomatic, but still help spread Covid-19 to others.

“So if you want to only worry about yourself and not society, then that’s okay,” he said. “But if you’re saying to yourself, even if I get infected, I could do damage to somebody else even if I have no symptoms at all, and that’s the reason why you’ve got to be careful and get vaccinated.”

Fauci added that young people should “absolutely” get vaccinated.

In a separate CNN interview, Fauci again blasted Rogan, saying the former ‘Fear Factor’ host was not considering “societal responsibilities” with his take on vaccines.

During Rogan’s chat on the vaccine, he argued that if a healthy 21-year-old with no health issues asked if he would recommend getting the vaccine, he would tell them no, adding that they are low-risk and have stronger immune systems.

The Spotify podcaster also called people pushing for children to be vaccinated “crazy,” revealing his own two children had Covid-19 and “it was nothing.”

On Wednesday, Fauci argued “kids of any age” will “likely be vaccinated” by the end of the year, despite the fact that only those older than 16 are eligible for a jab.

“I guess my first question would be, did Joe Rogan become a medical doctor while we weren’t looking?” she asked. “I’m not sure that taking scientific and medical advice from Joe Rogan is perhaps the most productive way for people to get their information.”

While Rogan’s comments earned plenty of criticism this week, many jumped to the star’s defense after Fauci’s comments, arguing the health official was missing Rogan’s point by focusing on the risk of the virus being transmitted.

“Actually, he’s saying that Joe Rogan is basically correct. Joe argued that if you are worried about getting covid at 21, if you exercise a lot and are generally healthy, you really shouldn’t be,” conservative pundit Ben Shapiro tweeted in reaction. “He didn’t have anything to say about transmission to others.”

Rogan previously made waves with critics by saying he does not plan on getting vaccinated as he considers himself low-risk. He has, however, argued vaccines are safe “for the most part,” and he would get inoculated “if I felt like I needed it.”