Home / WORLD / Did he jump or was he pushed? Claims emerge from Kiev that Ukrainian Interior Minister Avakov was ordered to quit by Americans

Did he jump or was he pushed? Claims emerge from Kiev that Ukrainian Interior Minister Avakov was ordered to quit by Americans 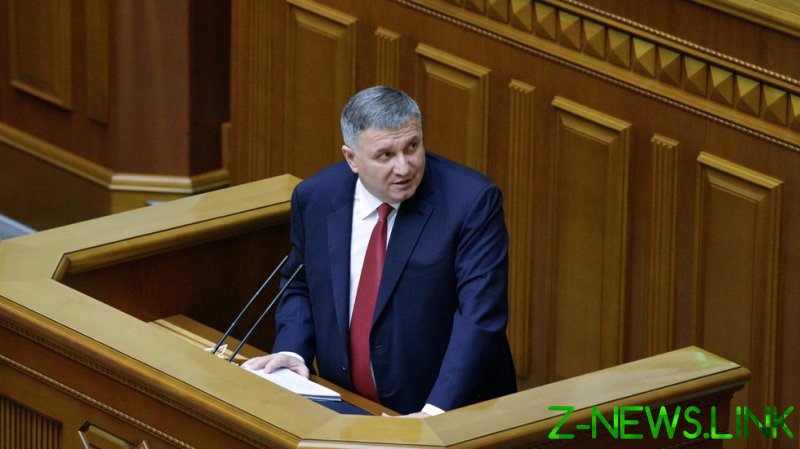 That’s according to Ukrainian news outlet Strana, which claims it was informed by a number of lawmakers that Kent himself had asked Avakov to resign, since both the Americans and Ukrainian anti-corruption activists believe the interior minister to be halting reforms. They also reportedly think Avakov is one of the prominent people preserving the influence of oligarchs in Ukraine.

The resignation came just one day after the two men held a meeting. Avakov was the first Ukrainian official Kent met after being assigned to his post.

Avakov is the longest-serving minister in the government, having first been appointed in 2014 by President Petro Poroshenko. When Volodymyr Zelensky came to power in 2019, he kept the interior minister in his position, and he was therefore widely seen as one of the most influential people in Ukrainian politics.

Throughout his time in the role, Avakov has received a barrage of criticism, having been accused of being close to the far-right neo-Nazi Azov Battalion. He has also been attacked for the perceived slow pace of law enforcement reform and the lack of action against corruption.

According to a Strana source, Kent advised Avakov that it was time to leave, promising him a quiet retirement.

Kent was appointed as acting US ambassador to Kiev last week. He currently serves as the deputy assistant secretary of state and has worked in the State Department’s foreign service since 1992. In 2019, he became a well-known face after giving a deposition in the House impeachment inquiry of US President Donald Trump, serving as a witness when Congress was determining whether lawyer Rudy Giuliani had attempted to undermine the former ambassador to Ukraine, Marie Yovanovitch.

Strana also reported that there might be another explanation for Avakov’s resignation: Zelensky wants to show he is the most influential person in the country, and not Kent. According to a source for the publication, Zelensky felt the Avakov-Kent meeting was a threat to his power, noting that rumors are swirling in Kiev that the president has now forbidden officials and MPs from his party to meet with Kent without express permission.