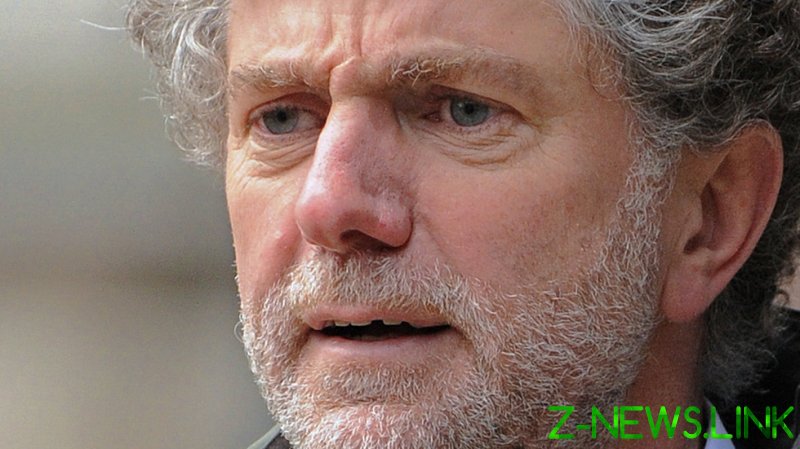 It was a headline designed to catch the attention of anyone reading it: “British intelligence suggests al-Nusra start cooperating with West.” According to an unnamed “diplomatic source in Moscow”, Tony Blair’s former Chief of Staff, Jonathan Powell, held a meeting with Mohammad al-Julani, the head of Hay’at Tahrir al-Sham (HTS), formerly known as Jabhat Al-Nusra, an Al-Qaeda affiliate based in the Syrian Province of Idlib, where it is actively engaged in operations against the Syrian government headed by President Bashar Assad.

The purpose of the meeting, according to the source quoted by Russian news agency TASS, was to encourage HTS to build closer ties with the West to re-brand HTS as a pro-Western, anti-Assad group, thereby opening the door for the provision of financial and material support to HTS’ struggle against Assad.

The motives of TASS’ source were quite clear. “We would like to remind those who quickly forget their own bitter experience that there are no good terrorists and all attempts to tame and hand-feed them usually lead to many innocent deaths,” the source declared. In response to a TASS request for comment, the British Foreign Office observed that “similar, baseless allegations concerning Russia’s foreign intelligence service have been made more than once,” suggesting that TASS’ “diplomatic source” was, in fact, a member of Russian intelligence. “We will not comment on this,” the British Foreign Office spokesman declared.

The over-the-top delivery of what was an unsubstantiated claim by an anonymous source of dubious quality and motive resulted in the article gaining virtually no traction in the Western media. Left to its own devices, the TASS article would go the way of other poorly sourced sensationalist reporting, consigned to that corner of the internet where conspiracy thrives amid truth’s decay. However, anyone taking the time to dig deeper into the basic facts of the case would discover that while there is no direct evidence of a meeting between Powell and al-Julani, there is a plethora of circumstantial data that supports the basic underlying thesis of such a meeting.

Moreover, given the context surrounding the timing of the report, namely the re-election of Syrian President Assad, HTS has emerged as the last man standing, so to speak, in the anti-Assad crusade initiated by the US and its allies back in 2011. As such, re-branding would, in theory and practice, be mandatory if that organization were to assume the mantle of Western ally in any continuation of a Western-backed effort to remove Assad from power. The motives for a Powell meeting with al-Julani become clear, as does the reasoning for TASS’ unnamed “diplomatic source” to be drawing attention to it now.

Any examination of Jonathan Powell’s biography reveals that he is custom-made for the very meeting alleged to have taken place. As Tony Blair’s chief negotiator on Northern Ireland, Powell began the process of “talking to terrorists” as the best way to “resolve armed conflict in a lasting way.” Powell will be the first to admit that his singular success in paving a path toward peace in Northern Ireland does not provide a model “that can be plugged into any conflict and used as a template to solve it.” Powell acknowledges that “every conflict is different,” but also notes that when it comes to negotiated settlements between established governments and so-called terrorist organizations, “there is clearly a pattern to what works and what does not.”

Powell has captured his experiences, and negotiating theory, in book form, penning “Talking to Terrorists: How to End Armed Conflicts”, published in 2014. One reviewer called the book “an enthralling, step-by-step case study of the art, in which Powell carefully establishes his argument for why dialogue with terror groups is usually necessary–given the failure, in all but the most unusual circumstances, of military means.”

But Powell was not simply content with putting his theories on paper – he also put them into action, founding a charity, Inter Mediate, which, according to its web page, “focuses on the most difficult, complex and dangerous conflicts where other organizations are unable to operate.” The group, it says, brings together “some of the world’s leading experts on dialogue and negotiation, who operate as a small and flexible team that fills a vital gap in the conflict resolution landscape.” By facilitating negotiation, “Inter Mediate hopes to contribute towards a sustainable end to conflict.”

Powell formed the charity in 2011, and by March 2012 was reaching out to then-Secretary of State Hillary Clinton’s friend and advisor, Sydney Blumenthal, about getting US support for his organization’s work.

“We are trying to replicate what we did in Northern Ireland by setting up secret channels between insurgents and governments and then, where appropriate, developing these into negotiations,” Powell wrote in an email to Blumenthal. Powell listed several conflict areas his group was engaged in, adding “We are starting work in Syria.”

Powell told Blumenthal that Inter-Mediate works “closely with FCO (the Foreign and Commonwealth Office), NSC (National Security Council) and SIS (Special Intelligence Service, or MI-6) in London.” This kind of coordination was in keeping with Inter Mediate’s operational model, which noted that the organization would “draw on and leverage the resources of larger organizations–governments and international institutions that spend billions of dollars annually to deal with the effects of conflict from peacekeeping to humanitarian intervention,” noting that the charity’s goal in doing so “is to increase the effectiveness of some of that spending.”

When viewed through this lens, the concept of a Powell meeting with HTS is no longer far-fetched, but rather logical and, given his acknowledgement of Syrian engagement, probable. The TASS report alleges that “Powell suggested that… Abu Mohammad al-Julani should build close cooperation with the West,” and that HTS “should announce plans to abandon subversive activities against Western countries and build close cooperation with them.” It also stated that Powell recommended that al-Julani “give an interview to an American reporter in order to create a positive image for the alliance that he heads and rehabilitate it in the future.”

Such an interview, in fact occurred. Martin Smith, a reporter for the US-based Public Broadcasting Service (PBS), travelled to Syria where, from February 1-14, 2021, he conducted an interview with Mohammad al-Julani in which the leader of HTS argued, among other things, that HTS posed no threat to the United States, and the US government should remove al-Julani from its list of designated terrorists. Smith’s interview aired on PBS on April 2, 2021.

Smith’s interview was the culminating event of a series of actions taken by al-Julani and HTS to rebrand its image away from al-Julani’s Al-Qaeda roots and into an organization worthy of US support, something which has proven to be an uphill battle.

As recently as May 2018 the US State Department amended its definition for Jabhat al-Nusra/HTS on the Foreign Terrorist Organization list, adding a number of aliases that had been adopted by the organization. “The United States is not fooled,” the State Department declared, “by this al-Qa’ida affiliate’s attempt to rebrand itself.”

But al-Julani’s efforts were gaining traction. Robert Malley, before he became President Biden’s Special Envoy for Iran,headed the International Crisis Group, a Brussels-based international NGO focused on the prevention and resolution of deadly conflict which in February 2021 openly lobbied for the lifting of HTS’ “terrorist” status, stating that the label “has a chilling effect on Western support for essential service provision in Idlib, worsening the humanitarian crisis,” while precluding “discussions with HTS itself about its conduct and the future of the territory it controls,” shutting down efforts by “outside powers” to get HTS to “take further constructive steps.”

The role of Powell, directly or indirectly, in helping facilitate any of these re-branding efforts is not known. Arab media reports that Powell met with a political official from HTS, Zeid Attar, sometime in the summer of 2017. Whether or not this meeting even took place, or if it did, whether it is the meeting referenced by TASS’ “diplomatic source”, is not known. What is known, however, is that everything that the TASS article alleges to be the purpose behind a Powell meeting with al-Julani has, in fact, come to pass, and that such a meeting fit the goals and objectives of Powell regarding seeking conflict resolution via “talking with terrorists.”

A possible Powell meeting with HTS takes on a new perspective in the aftermath of President Assad’s re-election on May 26, 2021. While the US, Great Britain and other Western nations have condemned the election as a fraud, declaring that the outcome was a foregone conclusion, massive demonstrations of support for Assad in the streets of major Syrian cities suggest otherwise. For Western nations that had been pushing for a political settlement that would see Assad removed from power, his reelection is a demoralizing blow, locking in as it does his uncontested rule for the foreseeable future. Seen in this light, the re-branding of HTS is a logical next step in any effort by the US and its British allies to rebuild political opposition to the Assad government.