Home / WORLD / DHS to bring over 25,000 asylum-seekers from Mexico after revoking Trump policy

DHS to bring over 25,000 asylum-seekers from Mexico after revoking Trump policy 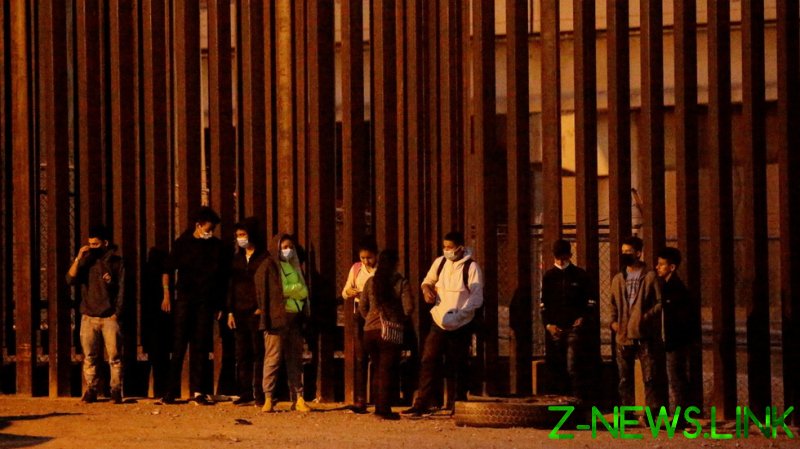 The Department of Homeland Security (DHS) is planning to screen up to 300 people a day at two border crossings starting February 19, and an unspecified lesser number at a third, but declined to name the locations, fearing that might encourage a “rush,” AP reported on Friday.

Announcing the plan, Homeland Security Secretary Alejandro Mayorkas said it was “another step in our commitment to reform immigration policies that do not align with our nation’s values” and part of a commitment by President Joe Biden to “rebuilding a safe, orderly, and humane immigration system.”

One of the first actions undertaken by Biden was to revoke Trump’s immigration policies and end the construction of the wall along the border with Mexico. Biden argued he was ending “bad policy” that was “counterproductive to who we are as a country.”

In addition to revoking his predecessor Donald Trump’s ‘Remain in Mexico’ policy for asylum-seekers, Biden increased refugee quotas, and encouraged both immigration and the relaxation of standards for becoming a US citizen, with an eye to eventually giving citizenship to millions living in the country illegally.

The new administration claims its policies aren’t encouraging illegal immigration, even as the number of such crossings has surged since Biden took office. The daily average of illegal border crossings has risen from just over 2,400 in January to more than 3,000 last week, Border Patrol deputy chief Raul Ortiz said on Tuesday.

DHS urged asylum-seekers not to come to the border unless instructed, and said it would announce a “virtual registration process” available by phone and online, so people would know where and when to report. It also said asylum-seekers will be tested for Covid-19 before entering the US.

The Bidien administration’s insistence that illegal border crossers are being detained and sent back has been undermined by reports that many of them have instead been released into Texas and California. White House press secretary Jen Psaki said Thursday that she was concerned such releases may encourage illegal immigration, but argued the Biden administration is opposed to it for humanitarian reasons.

“We don’t want people to put themselves in danger at a time where it is not the right time to come, because we have not had time to put in place a humane and moral system and process,” Psaki said.

Meanwhile, the Immigration and Customs Enforcement (ICE) has been given new instructions on which illegal immigrants can be deported, narrowing the criteria to national security threats and people with “aggravated felony” convictions.