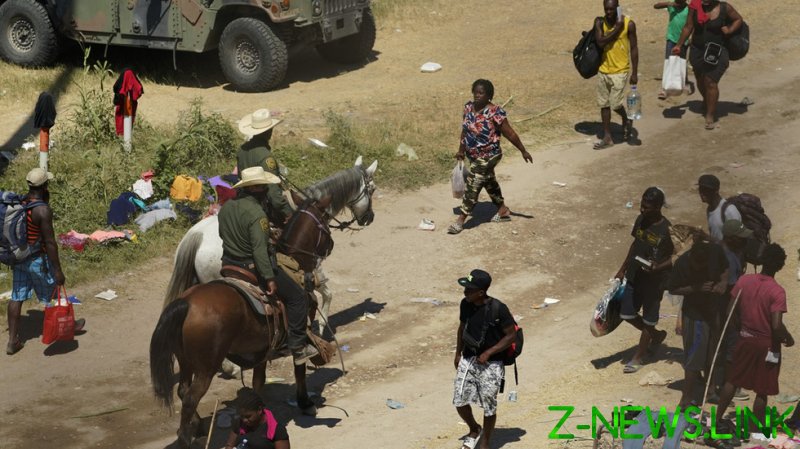 “We have ceased the use of the horse patrol in Del Rio temporarily,” a DHS official told reporters on Thursday, referring to the Texas town flooded in recent days with thousands of mostly Haitian migrants. “We’ll prioritize other methods for identifying individuals who might be in medical distress,” the official added.

White House Press Secretary Jen Psaki portrayed the suspension in harder terms, telling reporters on Thursday afternoon that “we [will] no longer be using horses in Del Rio,” citing the apparently “horrible and horrific” treatment of the Haitian migrants.

The horse patrol was disbanded amid outrage over photos that appeared to show Border Patrol agents chasing down migrants on horseback and using whips on them. Though the whipping allegations were swiftly debunked, liberals still demanded an end to the mounted patrols, with California Rep. Maxine Waters (D) likening the images to “what we witnessed in slavery.”

On Tuesday Homeland Security Secretary Alejandro Mayorkas said he was “horrified” by the images, and announced that the agents featured in the photos have since been reassigned to administrative duties. Mayorkas said his department is taking “swift and strong” action, and could issue further punishment to the agents after an internal investigation wraps up.

However, conservative critics insist that the agents were simply doing their job, which is to prevent illegal entry into the US. “This administration excels at taking tools away from law enforcement,” conservative pundit John Cooper tweeted on Thursday, while Fox News editor Peter Hasson said that Border Patrol officials are furious, with one stating that “the agents did nothing wrong.”

Around 14,000 Haitian migrants crossed into Texas from Mexico last weekend, setting up camp under the International Bridge in the town of Del Rio. The Biden administration has since started flying these migrants back to Haiti, though some have been apprehended and released into the US with instructions to report to immigration authorities at a later date, as is the administration’s standard procedure with border-crossers.

The precise numbers of those released versus those flown home are unclear, though anonymous officials told the Associated Press that migrants have been released into the US on a “very, very large scale,” despite seven daily deportation flights operating as of Wednesday.