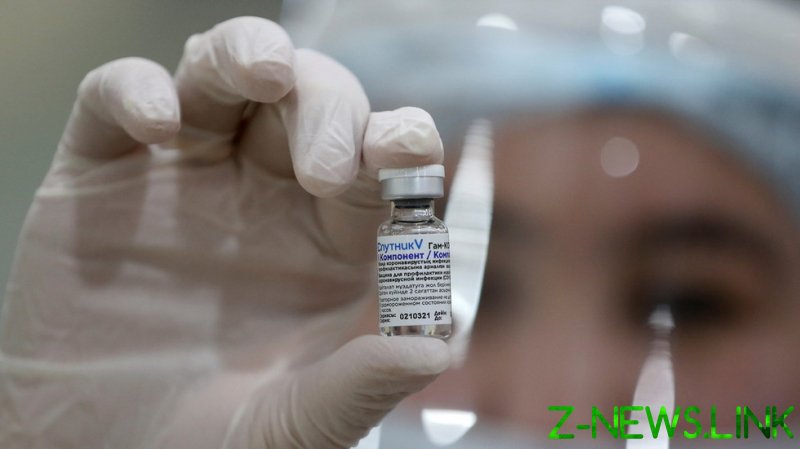 In addition, the Moscow-based Gamaleya Research Institute offered to share its technologies to help other producers solve their problems.

“A comprehensive analysis of adverse events during clinical trials and over the course of mass vaccinations with the Sputnik V vaccine showed that there were no cases of cerebral venous sinus thrombosis (CVST),” a statement read

The announcement came a day after the US Food and Drug Administration (FDA) recommended to “pause” inoculations with the American Johnson & Johnson (J&J) vaccine against Covid-19 after six of its recipients developed a “rare and severe type of blood clot” or CVST. Earlier, the same side effects prompted several countries to halt the use of the British-Swedish AstraZeneca jab, while others placed age limitations on it. On Wednesday, Denmark became the first European Union country to completely suspend the vaccine over the concerns.

The Gamaleya Research Institute stressed “there is no reason and no justification to extrapolate safety data” from J&J and AstraZeneca vaccines to Sputnik V, which boasts an efficacy of over 91%. The three immunizations might be based on adenoviral vector platforms, but they are all “different and not directly comparable” when it comes to their structure and the technologies used, it added.

One of the reasons for the Russian jab not causing blood clots and other severe complications is that it’s made with the HEK293 cell line that “has long been safely used for the production of biotechnological products,” the statement read. The scientists behind J&J and AstraZeneca vaccines opted for other adenoviral platforms and cell lines.

The Sputnik V developer also pointed to a recent study, published in The New England Journal of Medicine, that linked blood clots in those inoculated to insufficient purification of vaccines.

“Unlike other vaccines,” the Russian jab goes through a four-stage purification process, consisting of two stages of chromatography and two stages of tangential flow filtration, which assures its “quality and safety,” the statement read.

The Gamaleya Institute concluded by saying that it was “ready to share its purification technology with other vaccine producers in order to help them minimize the risk of adverse effects during vaccination.”