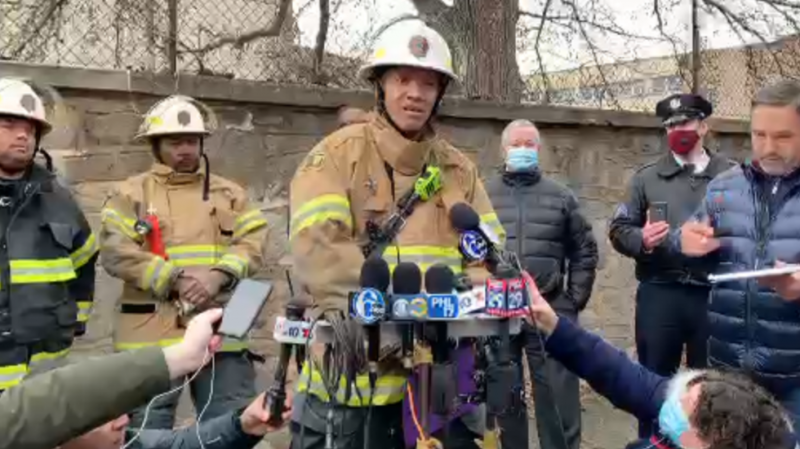 A massive early-morning fire in Philadelphia engulfed a building with two apartments, killing at least 13 people and injuring two. All smoke detectors in the rowhouse apparently didn’t work.

The fire started on the second story at around 6.30am on Wednesday and was brought under control about an hour later, Philadelphia Fire Department officials said. Some residents were able to escape on their own, and firefighters rescued several others after cutting a hole in the building’s roof.

Of the 13 fatalities, at least seven were children. The death toll may rise, as the two surviving victims were hospitalized with potentially critical injuries. Around 26 people were reportedly living in the 2,300sq ft rowhouse, which had been converted into two apartments. Eighteen residents were crammed into one of them, and officials said four smoke detectors in the building weren’t working. The cause of the fire hasn’t yet been determined.

“I’ve been around for 35 years, and this is probably one of the worst fires I’ve ever been to,” Deputy Fire Commissioner Craig Murphy told reporters.

The building, owned by the housing authority, is located in the Fairmount neighborhood, near a state prison. A neighbor told local CBS News affiliate KYW-TV he was woken by the afflicted residents’ anguished cries. “I just heard screams,” he said. “The flames were huge. You can’t really imagine something like this happening.”

The blaze will go down as one of the deadliest fires in Philadelphia’s history. The worst on record, which began in a furniture dealer’s building and spread to neighboring properties, killed 22 people in 1901.