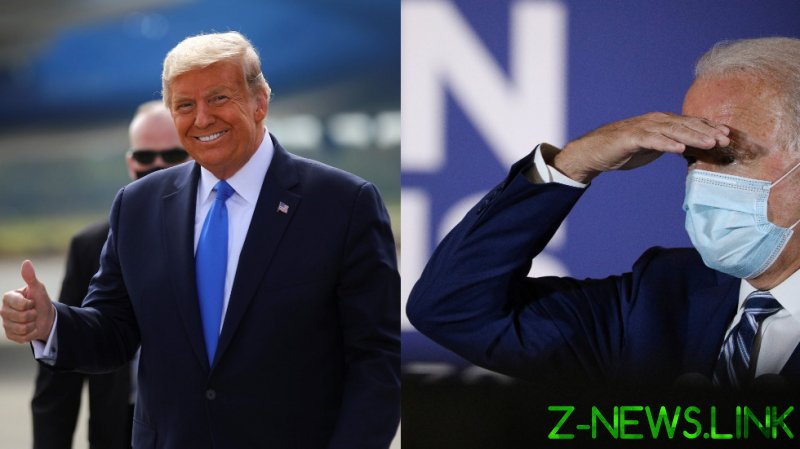 The petitioners said they were “devastated” to learn that Trump’s hour-long event will air on Thursday evening, directly opposite his Democrat challenger’s 90-minute event on ABC.

“This is not a partisan issue. This is about the political health of our democracy,” the celebrities insisted, accusing NBC of “enabling the President’s bad behavior while undercutting the Presidential Debate Commission and doing a disservice to the American public.”

They demanded NBC air the Trump event either before or after the Biden one, so American voters can watch both, claiming “larger issues of civic responsibility [are] at stake here.”

“We believe this kind of indifference to the norms and rules of our democracy are what have brought our country to this perilous state,” say the letter’s signatories – a long list of actors, directors, producers, and screenwriters who have worked with NBC at one point or another.

Many of them are outspoken Resistance activists, such as Patton Oswalt, Sarah Silverman, Debra Messing, and Alec Baldwin.

Thursday was the original date for the second debate between Trump and Biden, but right after the vice-presidential debate between Mike Pence and Kamala Harris, the debates commission abruptly decided to make it virtual.

Trump’s campaign rejected the change, and suggested moving the debates to October 22 and 29, if the Democrats were worried about coronavirus safety. Biden’s campaign refused, and scheduled a town hall event with Disney-owned ABC instead.

NBC, the network that aired Trump’s reality show ‘The Apprentice’, before he decided to go into politics, then offered the president an hour-long town hall. The network insisted on picking the moderator – Savannah Guthrie of the Today show – and that Trump must give evidence that he will not be a medical risk, having been diagnosed with Covid-19 last month.

Having Trump and Biden appear on rival networks at the same time might provide a metric of actual audience interest in the candidates. Most polls show Biden with a lead over Trump nationally, with less than three weeks to go before the November 3 election. Trump has insisted the polling is as off as in 2016, when Hillary Clinton was ahead and all media outlets gave her a 99 percent chance of triumph.