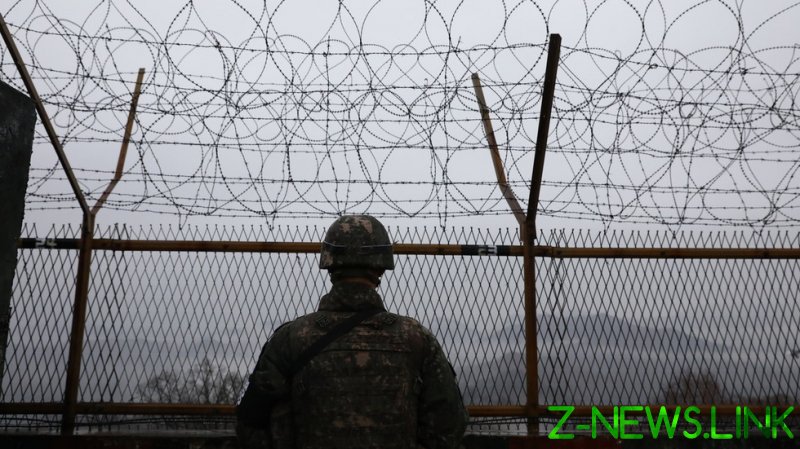 A man who crossed the inter-Korean border on Saturday has been identified as a North Korean returning home. No evidence of espionage has been found.

South Korea’s military reported that on January 1, a person managed to cross border fences and race his way through the Demilitarized Zone before reaching North Korean territory.

According to a defense ministry official, the man in his 30s looked familiar. He is thought to be the person seen in November 2020 surveillance footage entering South Korea using the same route.

“In the footage, the man was recognized to be the same as the defector so we can call him the same person,” the official told the media on condition of anonymity.

Upon arriving in South Korea, the man told intelligence officials in Seoul that he used to be a gymnast in North Korea and demonstrated his jumping skills, according to the news reports.

Seoul notified Pyongyang about both incidents and got confirmation that the messages had been received. “But there was no reply about our request for the protection of the person,” the official said.

According to the Yonhap news agency, while in South Korea, the suspected defector worked as a cleaner. There has been no indication of any spying activity from his side.

Despite these efforts, the defector’s escape went unnoticed by the military for several hours, and, even after he was detected, soldiers failed to locate him before he crossed the border.

Most of them escaped via China, as the inter-Korean border’s Demilitarized Zone is highly dangerous to cross because of landmines and a high level of security.

The number of South Koreans who have defected to the North is significantly smaller.