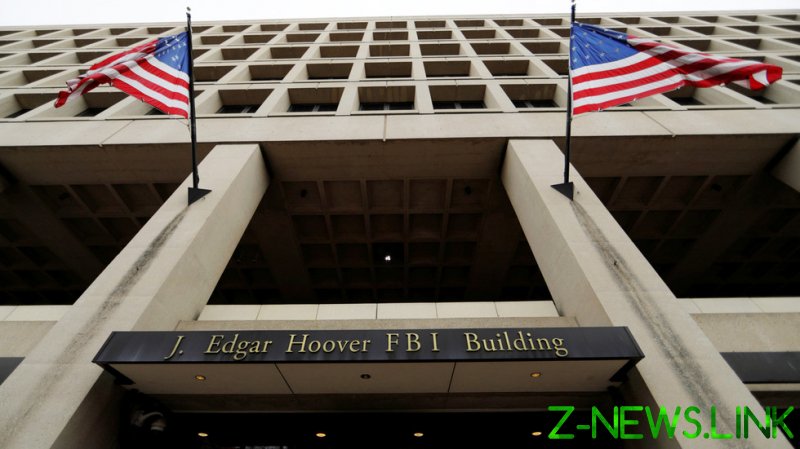 The CIA has long been discredited as a kind of rogue international meddler, capable of shocking deeds both intended and incompetent. The list of its apparent crimes is long: torture, war, election influence, education-propaganda, media indoctrination, drug trafficking, brainwashing, assassination, suppression, and just about anything else you can imagine. Currently its agents are doing their best to quietly dismantle all evidence for their alleged Afghan torture dungeons.

However, during its decades-long period of discreditation, its twin agency, the FBI, has managed to maintain a certain veneer of trustworthiness. Often considered the safeguarding domestic counterpart to the CIA, the FBI once conjured a vision of patronly federal police who took on Mafia mobsters and hunted serial killers like Samuel Little. This is partly due to having trademarked their name legally with a media stipulation that official FBI portrayal in movies and television must be positive.

Sadly, this period of grace seems to have ended, despite all the cultural propaganda. Its good name began to dissolve at the beginning in the 1990’s after various overzealous operations made the public wary about the munificent nature of their homeland federal protectors. Events and names such as Waco, Ruby Ridge, Whitey Bulger, and later Hillary Clinton’s emails and the corruption of James Comey all being prominent examples. This, along with the release of information pertaining to the full extent of domestic wiretapping and citizen surveillance, all begins to give an impression of targeted, destructive bumbling reminiscent of a ‘domestic CIA’.

One of its most controversial acts was a series of covert and illegal projects aimed at surveilling, infiltrating, discrediting, and disrupting domestic American political organizations. COINTELPRO, which ran between 1956-1971, used tactics such as targeting individuals through psychological warfare, smearing individuals and/or groups using forged documents, and by planting false reports in the media, harassment, wrongful imprisonment, and illegal violence, including assassination. The FBI’s stated motivation was “protecting national security, preventing violence, and maintaining the existing social and political order.”

Today the FBI are working hard to further discredit themselves. In particular, they seem to have developed a problem with financially supporting cults, and even encouraging terrorism where it did not necessarily exist. This phenomenon appears to occur when a federal mandate allocates funds for the pursuit of certain groups; this often seems to create a desperation to ‘meet quotas’ and to acquire promotions for solving cases related to the mandate, which is usually a media hot-topic. Where relevant cases prove hard to find, an ambitious agent or department tends to create one by pushing a likely target group of credulous losers in the right direction.

An example of this strange scenario is President Biden’s recent insistence that the FBI’s efforts must be focused on ‘white supremacy groups’ (following the events of the January 6 ‘attack’ on the US Capitol). Biden believes that any group meeting this accusatory label poses a larger threat to the US than global terror networks.

Where the parties interested in cracking down on this domestic ‘white supremacist terror’ have had difficulty is in naming any specific groups who actually warrant rounding up and arresting, legally. But apparently, where need exists (and once federal funds have been allocated), a perpetrator will eventually emerge.

With enough prodding and money from the FBI itself.

The most recent such case (in a story first broken by ProPublica back in 2018) involves a certain Kaleb Cole, who has been accused of conspiring to terrorize journalists and minorities as part of a group called ‘Atomwaffen Division’.

The problem emerging with the crimes of Atomwaffen from court documents filed last month is that Cole was closely mentored, along with the rest of the Atomwaffen members, by their leader, a certain Joshua Caleb Sutter. However, Sutter has been an FBI operative since 2003, and has been paid more than $140,000 by the Feds, including $80,000 since 2018, to take over Atomwaffen. Sutter is additionally the leader of an allegedly murderous Satanic cult called the Tempel ov Blood (sic). Yes, this is all true.

The court documents have revealed that the FBI has been financing Sutter’s publishing house, Martinet Press, which produces literature endorsing terrorism and ritual murder. Among its many controversial works is The Devil’s Quran, a book that promises to provide “a path for those who are willing to enter Hell and claim the Devil as their lord.” Various tactics have been employed by Sutter in influencing this group of troubled young men, including brainwashing, psychedelic drugs, and threats.

When the Atomwaffen story was broken by ProPublica, it was accompanied by a PBS Frontline documentary to some sensation, and as proof as to the legitimacy of the new federal policy. However, the FBI have also been found illegally using media in support of their own cases before.

This is not the first time the FBI has been accused of entrapment (and instigating its own terrorism). Previously they have been implicated in several cases of supposed Islamic terrorism plots, such as the Fort Dix Five, Shahawar Matin Siraj, and David Williams (of the latter, it was later said, “The target, the motive, the ideology and the plot were all led by the FBI.”)

Indeed, a small amount of digging can reveal quite a few FBI scandals that don’t generally break into the mainstream media. Some of them (such as the case of David Harris) are quite shocking. Include in this the FBI’s apparently independent ‘investigation’ into former president Trump’s ‘Russia-collusion’, and a picture emerges of a rogue, untouchable, banditry conglomerate.

It is, perhaps, not overly surprising. Again, as with the CIA, once an agency grows large enough and bureaucratic enough, it seems to fall prey to delusions of grandeur and feels itself above the law.

It is even less surprising in the current context. For as rainbow-flag America self-dissects its own morality and history, every institution under its increasingly nonsensical value-system will only expand in corruption, recklessness and wastefulness.