Despite using private jets & traveling around Europe with 85-car corteges, Biden slams Putin for appearing by video link at COP26 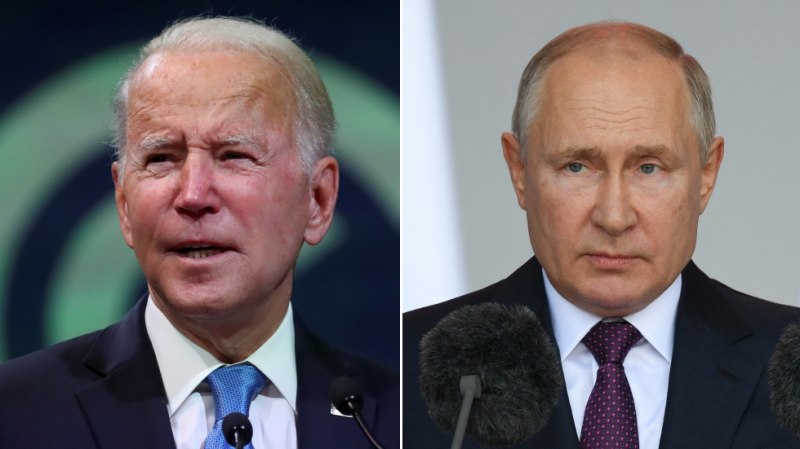 Biden’s tirade against Putin comes despite criticisms levied at the American leader, who was pictured last week driving around Rome with an 85-vehicle motorcade of limos, SUVs, and vans. He later traveled to Glasgow, where the meeting is being held, on the gas-guzzling Air Force One, a modified Boeing 747.

The US president’s accusation was quickly refuted by Moscow, which itself has sent a 270-strong delegation to the COP26 meeting in Glasgow, led by Ruslan Edelgeriye, Putin’s special representative on climate issues.

“The tundra is indeed on fire,” Kremlin press secretary Dmitry Peskov said on Wednesday. “But let us not forget that forests are also burning in California, in Turkey, and elsewhere in the world. We are all confronted with climate change. Russia is facing challenges even more than others.”

According to Peskov, Russia is “taking a responsible stance” on global warming, and Biden is simply informed about Moscow’s efforts in battling the changing climate. The next time the two leaders meet, Putin will explain everything the Kremlin is doing, he continued.

Despite Putin’s no-show, Russia is actively taking part in COP26, which is due to run until November 12. On Tuesday, Moscow agreed to join the agreement to end deforestation, with the president himself sending a video message in support.

Earlier this week, Russia adopted its own long-term climate strategy, pledging to become carbon neutral by 2060. Moscow’s plans center around not only reducing greenhouse gas emissions but also the preservation and expansion of the country’s vast forests.