Home / WORLD / Despite roll-out, Russians ‘in no hurry’ to receive Covid-19 vaccines as suspicion is a ‘national characteristic,’ Kremlin claims

Despite roll-out, Russians ‘in no hurry’ to receive Covid-19 vaccines as suspicion is a ‘national characteristic,’ Kremlin claims 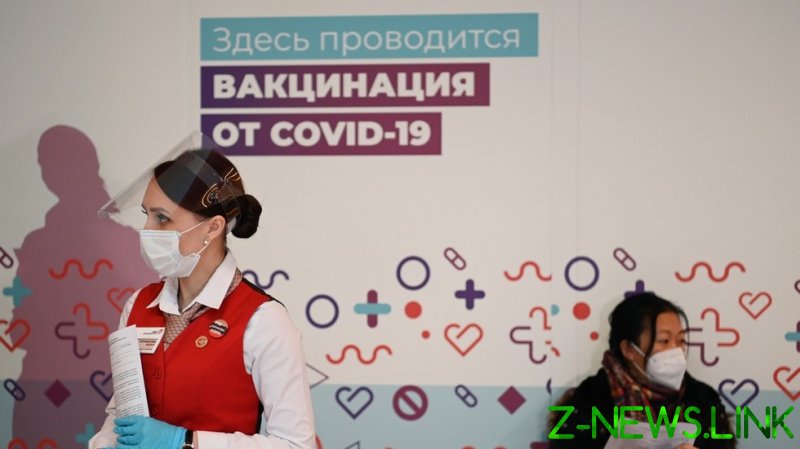 “In terms of why people are in no hurry to get vaccinated, it seems to me that this is one of our national characteristics,” the spokesman said. “There are still many people who are very suspicious of vaccines in general.”

However, he added, Putin’s decision last week to roll up his sleeve to receive one of three Russian-made formulas that have been shown to protect against coronavirus may turn the tide of public opinion. “I think his example will add some dynamism to the whole process,” Peskov said. “It is necessary to significantly strengthen the promotion of vaccination in the good sense of the word.”

The press secretary also said that, along with natural exposure to the virus, vaccination is the only way to “emerge into a state of comfortable existence,” adding, however, that “the virus itself is very difficult to defeat – it will not go anywhere, and it will stay around us.”

Earlier this month, Kirill Dmitriev, the head of the Russian Direct Investment Fund, which financed Sputnik V, said that 3.5 million people had received both shots of the Russian-made formula. In absolute terms, this puts the country in first place in Europe. However, on a per capita basis, it is only around 2.4% of the population – lower than countries such as the UK and Germany.

Russia made headlines when it became the first nation in the world to register a Covid-19 vaccine. Studies subsequently published in the Lancet medical journal have estimated that it has 91.6% efficacy against the virus. More than 50 countries across the world have since given the green light to use it as part of their immunization programs, including Argentina, Hungary, and Mexico.