Home / WORLD / Despite rock bottom relations back home on Earth, Russia & US embrace space partnership for another decade of rocket-sharing

Despite rock bottom relations back home on Earth, Russia & US embrace space partnership for another decade of rocket-sharing 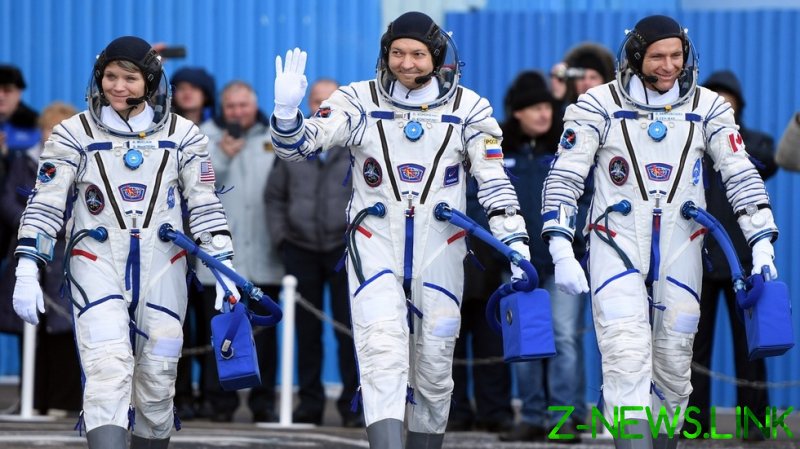 On Saturday, Russian Prime Minister Mikhail Mishustin approved the proposals, extending the agreement until the end of 2030. According to a missive from officials, it will underwrite “the exploration and the use of outer space for peaceful purposes” for the best part of the coming decade.

“This document is one of the main legal instruments that form the conditions for Russian-American cooperation in space exploration,” the government’s press service notes. “The extension of the agreement is in the interests of both parties and will contribute to the effective implementation of joint space projects.”

First signed in 1992 between then-President George W. Bush and Russia’s first post-Soviet leader, Boris Yeltsin, the pact has been extended four times since then.

However, in an article published in Foreign Policy last week, General James Dickinson, the head of US Space Command, struck a distinctly less positive line about the peaceful use of space. The military chief warned that “our competitors, most notably China and Russia, have militarized this domain.”

The signing of the pact comes amid a growing diplomatic rift between Washington and Moscow. Last week, Russian Foreign Minister Sergey Lavrov said the state of relations between the two countries had “hit the bottom,” and that there are currently no fixed plans to send Russia’s ambassador back to the US. Anatoly Antonov was recalled last month as the result of a growing diplomatic spat.

The envoy’s removal came after US President Joe Biden was asked by a TV presenter whether he thinks his Russian counterpart, Vladimir Putin, is a killer. “Mmm-hmm, I do,” Biden said.

The speaker of the Russian parliament, Vyacheslav Volodin, said in a statement at the time that “Biden has insulted the citizens of our country with his statement” about Putin. “This is a tantrum that comes from powerlessness. Putin is our president, attacking him is an attack on our country,” he added.