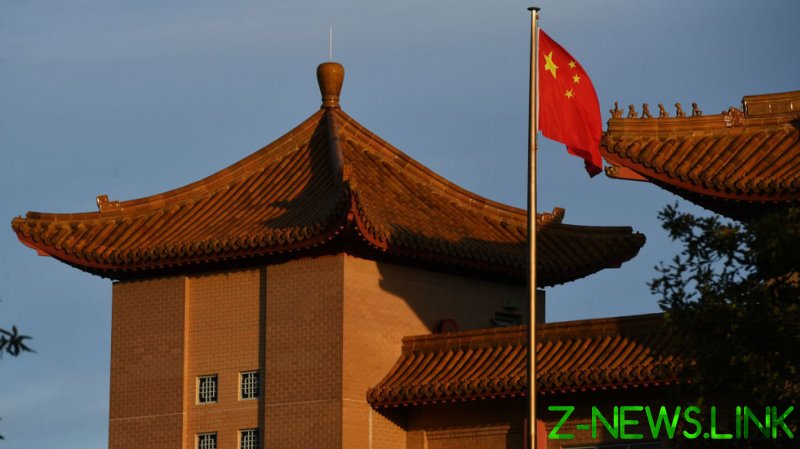 “Tony Abbott is a failed and pitiful politician,” a Chinese embassy spokesperson said in a scathing statement released over the weekend, calling the ex-PM’s speech at a conference in Taipei on Friday “a despicable and insane performance” which has “fully exposed his hideous anti-China features.”

The embassy came out swinging at Abbott, who served as Australia’s PM between 2013 and 2015, after the politician said he would call on the current government of Prime Minister Scott Morrison to do “everything we reasonably can to support Taiwan,” suggesting that the island faces an imminent threat “from its giant neighbor.”

The former prime minister, who does not hold any elected office, warned China that any attempt to change the status quo “would have incalculable consequences.” He suggested that the US and Australia could not but come to Taiwan’s aid if a war-of-words between Beijing and Taipei spiraled into a full-blown conflict.

Abbott implied that China is readying a military operation, saying that “it is quite possible that Beijing could lash out disastrously quite soon.”

With the remark rekindling the China-Australia row, the Morrison government has sought to publicly distance itself from Abbott by stating that the former official was traveling in a private capacity. A spokesman for the Australian PM went so far as to tell Guardian Australia that Canberra did not have a chance to review a copy of Abbott’s speech before all hell broke loose.

The rebuke from China comes after Chinese state media warned Canberra against meddling in its internal affairs. In an opinion piece published ahead of Abbott’s speech in China’s Global Times newspaper, the president of the Chinese Association of Australian Studies, Chen Hong, argued that Australia was doing Washington’s bidding on the issue of Taiwan, helping it to “test the regional waters to gauge China’s tolerance and test its responses.”

Tensions have been on the rise between Taipei and Beijing lately. Some 150 Chinese military planes crossed into Taiwan’s “air defense zone” over four days last week, with the island describing the flyovers as provocations that endanger regional peace.

Speaking on Saturday, Chinese President Xi Jinping seemingly added fuel to the fire, arguing that reunification with China is “in the best interests” of the residents of the island. Xi noted that what he described as the “historical task” of reunification “will definitely be fulfilled.”