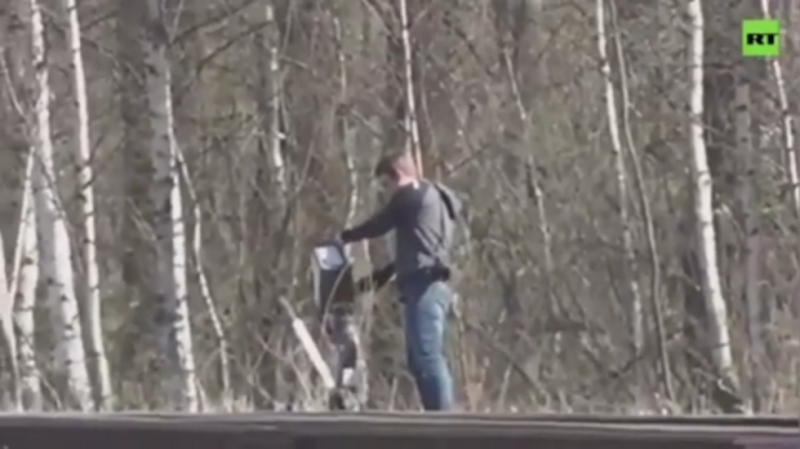 Speaking on Monday, diplomatic spokeswoman Maria Zakharova said that the incident took place in spring earlier this year, and saw an arrow pointer sign disappear from a junction near the Ostashkov train station near the city of Tver, outside of Moscow.

“The police, as expected, carried out pre-investigation measures and found on CCTV cameras that an unknown 30-year-old man had abducted the arrow and put it in the trunk of his car,” she said. According to her, the vehicle stood out because it carried red diplomatic plates.

“On the same day, the exact same car with exactly the same registration was stopped by traffic police officers in the Tver region for violating traffic rules. An employee of the American embassy was driving,” Zakharova went on.

In a curious case of life imitating art, she drew a parallel between the incident and a play by Russian writer Anton Chekhov, ‘The Malefactor’, in which a man stands accused of stealing metal nuts from the railway. However, “for all the curiosity of the situation, and the similarity of its plot with the story,” Zakharova said, “the danger to which the American exposed the lives and safety of train passengers is not at all funny.”

According to the official, the sign was taken from a busy junction where there was a real risk of danger. Had the missing indicator not been quickly discovered, the consequences of the diplomat’s alleged actions could have been catastrophic.

In February, Russia expelled three diplomats from the country over claims they had “participated” in unauthorized protests held in support of jailed opposition figure Alexey Navalny and ostensibly banned under pandemic rules. The envoys, from Germany, Poland, and Sweden, were accused of breaking local laws and told to leave the country.