Home / Video news / Deputy of the state Duma filmed during the shooting at the house. Video

Deputy of the state Duma filmed during the shooting at the house. Video 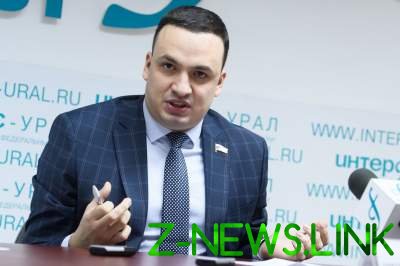 The MP said that the machine gave him the head of local branch “Fair Russia”.

The Deputy of the state Duma from “Fair Russia” Dmitry Jonas opened fire in the air from the machine in the yard of a house in the town of Kamyshlov in the Sverdlovsk region.

Video of the incident taken from the window of one of the houses, appeared online on may 4. First, Jonas stated that it “has shot a friend from a Gumball machine,” but later, the Deputy admitted that he shot himself.

The MP said that the machine gave him the head of local branch “Fair Russia” Pavel Fungi, and noted that the weapons were not military.

According to Ionin, after the police arrived, they Mushroom “in front of everyone apologized.”