Denver shooting suspect, hired by news channel to protect staffer at rival rallies, DID NOT have security guard license – report 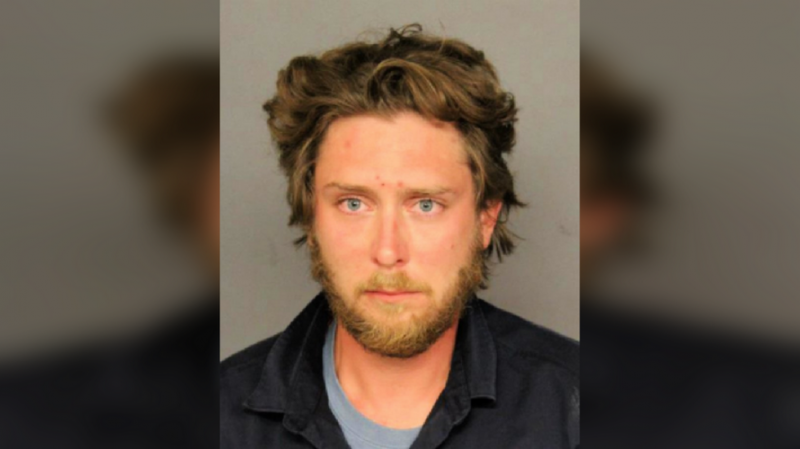 The Denver Department of Excise and Licenses said that it failed to find any “record for active licensed security guard now or ever” for Matthew Dolloff, who is now in custody on suspicion of a first-degree murder stemming from the Saturday shooting, CBS Denver’s Andre Flores reported.

The department noted that if Dolloff was operating as a security guard – as claimed by local channel 9NEWS which hired him – then he was “in violation of the law.”

“Administratively, a security guard operating without a license could be fined up to $999 dollars and face up to a year in jail,” it said, adding that the private security firm that the suspect allegedly worked for was also responsible for making sure that he had all the necessary permits.

“Security guards are prohibited from carrying or using a firearm without getting an armed firearm endorsement for their license,” department’s spokesman, Eric Escudero, told CBS. In Denver it’s mandatory for a guard to have a license to operate.

Dolloff, 30, fired a single shot at the victim, identified by his family as Lee Keltner, a US Navy veteran, killing him on the scene of the duelling Black Lives Matter and “Patriot Muster” protests.

Footage from the incident indicated that Dolloff fired his weapon as a can of mace was being discharged by Keltner, apparently after a verbal back-and-forth with a protester.

9NEWS, an NBC-affiliated television station in Denver, Colorado, earlier confirmed that it hired the alleged shooter as a “private security guard” to protect its producer at the scene amid fears that it might come to the fracas between the rival groups of demonstrators.

The channel said that it contracted the suspected gunman through Pinkerton, a private security company.

In the wake of the incident, there were speculations that the shooter might have ties to the left-wing ‘BLM-Antifa Soup Drive’ rally, organized by the Denver Communists. Denver police rushed to dismiss the rumor, tweeting shortly after the incident that the suspect “had no affiliation with Antifa.”

In an update on Sunday, however, police appeared to be more cautious when speaking about the suspect’s political connections, noting that he was not acting as a protester “at the time of the shooting.”

“Further investigation has revealed that, at the time of the shooting, the suspect was acting in a professional capacity as an armed security guard for a local media outlet and not a protest participant.”

Police noted, however, that they don’t know if the alleged gunman is “personally affiliated with any political organization.”

The victim’s family told the Denver Post that Keltner was not a member of any particular group, but was pro-law enforcement, and turned out at the site of the demonstrations “to rally for the police department.”