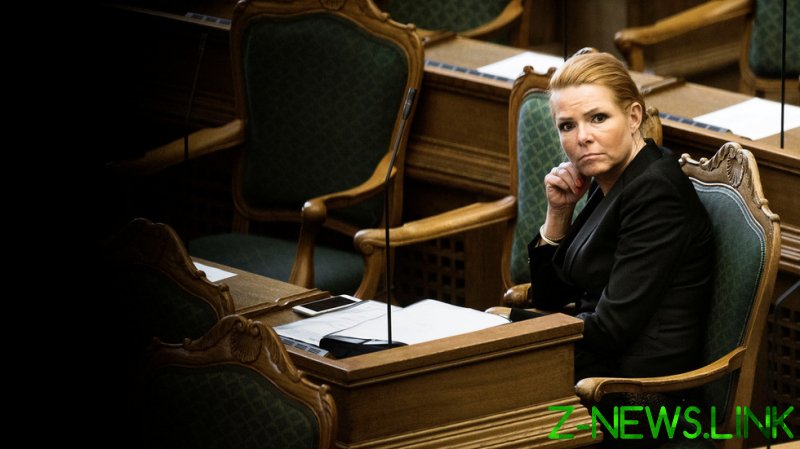 Stojberg appeared before the court on Thursday as the special judicial body convened for the first time in 26 years. The court, which only tries former or current government members, is expected to decide the former minister’s fate and rule on whether she violated the European Convention on Human Rights.

At issue in the historic trial is Stojberg’s decision to initiate separation of “cohabiting couples” of asylum seekers back in 2016. She also stands accused of “lying-to or misleading” the relevant parliamentary committees while informing them about her decision.

Stojberg, an immigration and integration minister between 2015 and 2019, said the move was motivated by a goal to stop forced child marriages – and the measure only applied to couples where one of the partners was underage.

A total of 32 couples were to be separated under the minister’s order and 23 of them were indeed split up before the policy was stopped several months later.

Addressing the Danish MPs back in February when the lawmakers voted to put her on trial, Stojberg argued it was “the only political and humane thing” to do in such cases.

“Imagine arriving in a country like Denmark, a country of equality, as a young girl victim of a forced marriage, and you discover that, instead of giving you the possibility to break free of your forced marriage, the state forces you to stay together in an asylum reception center,” she said.

The MPs were apparently not convinced by Stojberg’s arguments in February, since 139 lawmakers out of 179 voted in support of the trial, while 30 opposed and 10 were absent.

Considered an immigration “hardliner,” Stojberg, who was a minister under the previous Liberal-led government, spearheaded many controversial initiatives aimed at tightening the nation’s asylum and immigration policy.

She pushed for a law that allowed the Danish authorities to confiscate valuables from new arrivals to finance their stay in Denmark. She also spearheaded the tightening of the Danish asylum law that limited the number of social services provided to asylum seekers – and was behind an ad campaign published in Lebanese newspapers that discouraged people from applying for asylum in Denmark.

In 2018, Stojberg, who has insisted the country should make itself as unattractive as possible to asylum seekers, advocated sending them to live on a remote island to send a clear message that they were “unwanted.”

The measure was not implemented back in 2018 but the nation’s current Social Democratic government, led by Prime Minister Mette Frederiksen, returned to the idea in May 2021, though a different island has been proposed.

Since its creation in 1849, the Impeachment Court has ruled on just five cases and only two ministers were found guilty in its history. Stojberg’s case would also be the third one the court has heard since 1910.

Last time the court convened was in 1995. At that time, the former justice minister Erik Ninn-Hansen was found guilty of three charges of abuse of power. Ninn-Hansen was convicted over illegally suspending family reunification for Sri-Lankan refugees in 1987 and 1988.

He was handed a suspended four-month prison sentence. Now, Stojberg could face a fine or up to two years in prison if found guilty.