Home / WORLD / Denmark poised to ban ‘sugar dating’, which some call a gateway to prostitution. But the real problem is the ‘free’ market

Denmark poised to ban ‘sugar dating’, which some call a gateway to prostitution. But the real problem is the ‘free’ market 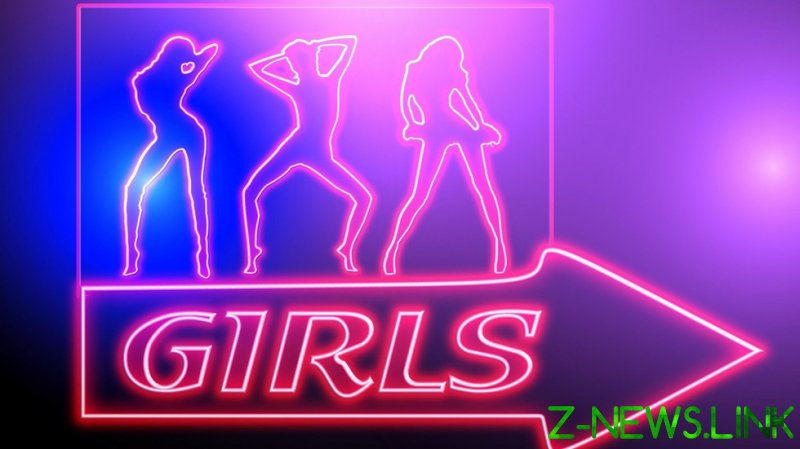 ‘Sugar dating’, in which a typically older romantic partner offers financial incentives to woo a usually much-younger paramour, is being threatened with a ban in Denmark. The concept has spiraled out of control in Scandinavian countries, with recent investigations suggesting it has become a gateway to full-on prostitution for girls as young as 13 in Sweden and Finland.

But it could also be argued that the “sugar babies” on the younger end of the equation are just monetizing their most valuable assets. In a culture that lives and dies according to the doctrine of neoliberal economics, aren’t teenage sugar babies just claiming their place in the free market, offering the only goods they have that others value – their bodies?

With economic conditions declining rapidly around the world thanks to catastrophically ill-advised government responses to the Covid-19 pandemic, articles praising ‘soft’ prostitution are a dime a dozen in establishment media. Men’s magazine GQ, for example, recently featured a fawning interview with the founder of OnlyFans, which lets celebrities and online influencers offer their followers the chance to subscribe to self-made – frequently pornographic – content.

And while ‘sugar dating’ sites like Denmark’s own SugarDaters.dk insist they are just normal dating platforms, not watering holes for budding prostitutes and the predators who want to pimp them out, the simple fact is that they would not have to issue such disclaimers if so many people did not consider the sugar-dating phenomenon to be analogous to the world’s oldest profession.

Denmark’s age of consent is 15, with 18 the cut-off age at which individuals can procure sex (in exchange for money, gifts, or the usual rewards lavished upon sugar babies by their benefactors). This puts the country’s sugar babies in the same gray area inhabited by the harem of deceased sex predator Jeffrey Epstein, who weaponized young girls just shy of the age of consent in order to blackmail politicians.

Girls like Virginia Roberts Giuffre were trafficked among powerful men by Epstein and his alleged Mossad handler Ghislaine Maxwell in a manner that – according to the morals of Western society – constituted a serious violation of the young girls’ rights. But another strand of Western morality suggests that offering these economically disadvantaged girls the opportunity to spend a few nights with boldface names like (allegedly) Prince Andrew actually gave them an advantage – or at least a fair selling price for their young bodies – and the fact that the girls returned time and again to Epstein’s various mansions and private planes suggests they got something out of the experience, as much as they might be legally classified as victims – too young to make their own decisions, or unaware they were being used to extort the men they were ordered to service.

Certainly the young women Maxwell recruited off the streets of Palm Beach and New York City (with the help of other girls she’d already recruited) would not have otherwise found their way into the company of such powerful individuals had they not been taught the value that their assets – their flesh – represented to these aging, quasi-vampiric billionaires.

Because as grotesque as the trade appears in the cold light of 20/20 hindsight, it’s just as vile to think that when they got into a car or a plane with Epstein and Maxwell, the pair’s victims had no other route out of poverty. For many, it was no doubt a choice between the Lolita Express and the trailer park, and they’d already seen their older sisters and friends go the way of the trailer park. Indeed, many of Epstein’s alleged victims reported they had been on the brink of homelessness, living in foster care, or otherwise trapped in unstable situations when Maxwell swooped in and plucked them off the streets – searching specifically for that level of vulnerability which made them the perfect prey. Many didn’t have parents to intervene, and those who did were estranged enough from their family members that the latter rarely if ever saw fit to interfere in what for some girls amounted to hundreds of (financially lucrative) “massage” visits to Epstein’s mansion.

Those parents who did know what was going on must have struggled with the guilt inherent in the knowledge that Epstein and his wealthy friends could offer more to their daughters than they, the girls’ parents, could. At least Epstein’s plane held the promise of adventure at the end of the rainbow, a lure powerful enough that some girls actually held their nose and (allegedly) went to bed with Alan Dershowitz. It’s a horror that does not bear imagining, and one that is almost always left out of every story written about the Epstein affair.

The reality of neoliberal economics is that it leaves the vast majority of its participants out in the cold, driving them to do increasingly desperate things – hook up with an old man on an internet dating site in exchange for a nice purse or a student loan payment, sell nudes on OnlyFans (never mind who might later use them as blackmail), take a ride on the Lolita Express with a withered old politician, whatever the case may be – just to survive. Yet whenever a country’s leaders get together to bloviate over how they might ostensibly make their constituents’ lives better, altering the dead-end economic system in which so many of them live is never on the table.

Thus, while Danish parents may pat themselves on the back, believing their daughters have dodged a bullet by escaping the dreaded “sugar bowl,” their leaders have merely treated one of the symptoms. Playing economic whac-a-mole won’t turn the slippery slope sending their children toward glorified prostitution into an economic ladder to success.