Home / WORLD / Denmark adopted a law, which may prevent the construction of “Nord stream-2”

Denmark adopted a law, which may prevent the construction of “Nord stream-2” 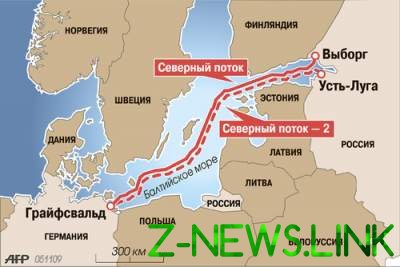 Now the government can prohibit the construction of security reasons.

The law allows the government to impose a ban on the construction of the pipeline for reasons of security or foreign policy interests.

Informed foreign policy and defense motives were not sufficient grounds for banning projects in territorial waters.
The Nord Stream consortium, located in the Swiss “daughter” of Russian state company “Gazprom” intends to build a pipeline length of 1,200 km across the Baltic sea to Germany.

His planned route will pass through the economic zones of Finland and Sweden, as well as through 139 miles of the territorial waters of Denmark, concentrating almost the entire export of Russian gas to Europe on the same route.

See also:  The Prime Minister of Canada won the Network a touching act

Opponents of the project – including Poland, the Baltic countries and Denmark argue that the “Nord stream-2” will increase the EU’s dependence on Gazprom, which already supplies about a third of the volume of gas in the EU.

Germany, the main beneficiary of the project, supports the “Nord stream-2” for economic reasons, saying it will attract more resources to the market and lower prices.

In June, the European Commission asked member States to provide it with the mandate to negotiate directly with Russia. To provide a mandate, you must obtain a qualified majority, that is, the permit must give 21 out of 28 EU countries.

Read also: In Germany, planned the deportation of Syrian refugees

Earlier it was reported that Nord Stream 2 has developed an alternative route of the pipeline “Nord stream-2” to bypass Denmark.