Home / WORLD / Dems & Republicans have only one thing to offer to American workers: nothing

Dems & Republicans have only one thing to offer to American workers: nothing 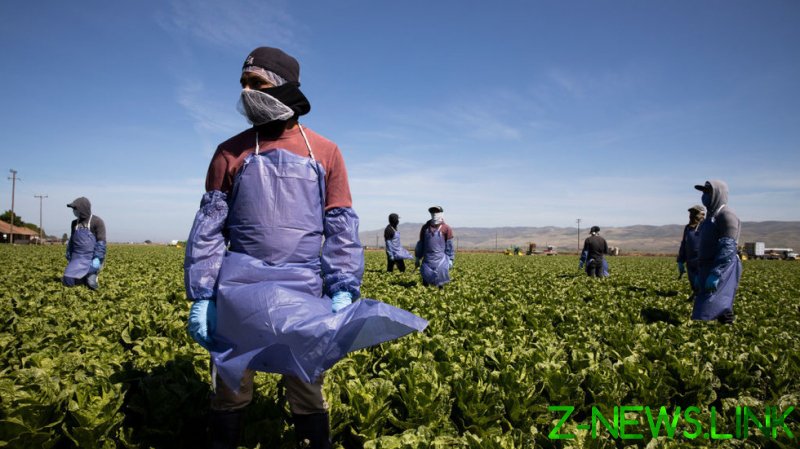 The progressive caucus, which is seen by too many as the last bastion of popular politics in the Democratic Party, has folded and surrendered all leverage in the recent debate over Joe Biden’s economic agenda.

This comes as absolutely no surprise to me and millions like me who have realized by now that the Democratic Party is a dead end for influencing lasting and transformative change for American workers. What makes things worse is that the Republican Party has exactly the same thing to offer working families: nothing.

I know that a lot of people have been holding out hope for many years that groups like the Congressional Progressive Caucus or the Congressional Black Caucus would be the lone representatives of the working class in Congress. This hope has been ill-placed for years, but the most recent betrayal of working people by these caucuses has been in the debates regarding the Biden administration’s economic plans.

Last Friday, progressives decided to go back on their word and voted for the bill with “assurances” from the other Democrats that their social bill would also pass once moderates received a Congressional Budget Office estimate on the cost of the bill. So, progressives basically folded and gave in and now essentially have no leverage in passing the social Build Back Better bill. If you needed any more evidence that the Democrats do not represent anybody but the wealthy and powerful, this is it. House Speaker Nancy Pelosi says that the BBB will be voted on November 15, but what guarantee does the progressive caucus now have?

The Infrastructure Investment and Jobs Act that Democrats (and some Republicans) are so proud to have passed includes about $550 billion of new spending on America’s crumbling infrastructure. To put this in perspective, the Troubled Asset Relief Program which was used to bail out criminal financial institutions in 2008 had a budget of $475 billion, with some analysis arguing that the actual price was in the trillions.

The military budget that is public knowledge is also around $700 billion; it is truly a shame that we can’t build bridges or feed families with weapons of war. The United States is broken in a million different ways, but all one has to do to see just how broken it is is drive through any part of the country. Roads and highways are outdated and pull of potholes, lead pipes threaten the health of the people, levees are close to bursting, and high-speed rail is at this point a pipe dream thought of only by the “loony left”. It is important to note that the $1.2 trillion total price tag was already a compromise from Biden’s proposed $2.3 trillion (still not enough). This is what we are supposed to be happy with, proud of, and cheering over? The amount of new spending which is meant to “revitalize” our economy and “repair” our infrastructure is less than the net worth of the top four richest people. That is, we are supposed to believe that our country will be transformed by an amount less than what four individuals have.

At a time when US life expectancy is decreasing – with Covid largely to be blamed – one would think that investments in our infrastructure and our people would be a no-brainer. Not so for the oligarchs in Washington. While the progressive caucus folded like a lawn chair after months of back and forth, it is interesting to see just what the caucus was so passionate about passing just a few weeks or months ago.

Originally the “human investment” reconciliation bill was supposed to be $3.5 trillion in a country that has since 9/11 spent over $8 trillion (that we know of) to violate international law in wars of aggression. This figure was seen as far too much by our “representatives” and the current incarnation of the bill is around $1.75 trillion.

Let me be clear; the good things in the original bill, such as six free semesters of community college, free preschool, family and medical leave, and dental and vision coverage for Medicare are not answers to the problem of capitalism. These are things that much of the world already recognizes as human rights and are not things we would even be debating if we had an alternative system. But right now, we do not have that alternative system in the US; free market fundamentalism and profiteering at all costs reigns supreme. So no, an expanded welfare state is not the end or even the biggest fight we should be fighting; but it would make a positive difference in people’s lives and that is worth taking into consideration.