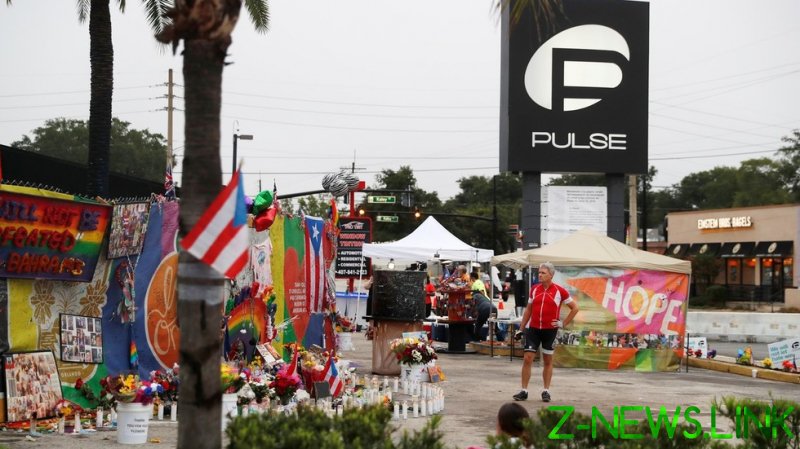 Senators Cory Booker (New Jersey), Ed Markey (Massachusetts), Tammy Duckworth (Illinois) and Dick Durbin (Illinois) were among those who issued statements on Saturday reminding followers of the shooting, and decrying anti-LGBT hate crimes. Duckworth was especially explicit and outraged, asserting that 49 people were killed at the Orlando club in a “hate-filled shooting” in which “the LGBTQ+ community was targeted and killed, all because they dared to live their lives.”

Duckworth went on to call for an end to gun violence and proclaim, “Hate has no place here.” The problem was her entire pretext was false. As the Huffington Post wrote in April 2018, “Everyone got the Pulse massacre story completely wrong.” Other outlets, including NBC News, also set the record straight, saying that, contrary to early conclusions of the motive spouted by the likes of then-President Barack Obama, the Pulse shooting victims weren’t targeted because of their sexual orientation.

Omar Mateen, the son of Afghan refugees, and a supporter of Islamic State (IS, formerly ISIS), initially planned to shoot up the Disney Springs shopping and entertainment complex. But after seeing a heavy security presence there and at the Eve Orlando club on the night of the attack, he went to Pulse, which came up on a Google search for downtown Orlando nightclubs.

Minutes before the shooting began, he reportedly asked a security guard where all the women were. He discussed his true, terroristic motive in a call to police from Pulse, demanding that the US stop its bombing campaigns in Iraq and Syria. The subsequent massacre marked the deadliest mass shooting in US history, until being overtaken by the 2017 Las Vegas shooting that left 58 victims dead.

Independent journalist Glenn Greenwald, who happens to be gay, said that by promoting a conclusively disproven narrative about the massacre, Democratic politicians and activist groups “dishonor the memory of the victims – and the LGBT cause.”

“This tweet is an absolute lie,” he said of Duckworth’s Twitter message. “Every journalist who covered the Pulse shootings and trial will tell you this. It’s infuriating to watch senators blatantly lie this way.”

But the lie – or inadvertent falsehood – lives on. As other observers pointed out, millions of Americans still remember the outrage over the shooter’s apparently anti-gay motive, but relatively few heard subsequently that the initial stories were wrong.

It doesn’t help that the false narrative continues to be retold. Florida state Representative Omari Hardy, a Democrat, blasted Republicans for condemning hatred “of any kind,” which he called the “anti-LGBTQ+ version of ‘all lives matter.’” He added, “Pulse was an anti-LGBTQ+ hate crime. If you can’t say that, then keep your mouth closed.”