Home / WORLD / Democrats fawn over Biden’s INDOGERATION, as DC locked down ‘like Baghdad’ for the real thing

Democrats fawn over Biden’s INDOGERATION, as DC locked down ‘like Baghdad’ for the real thing 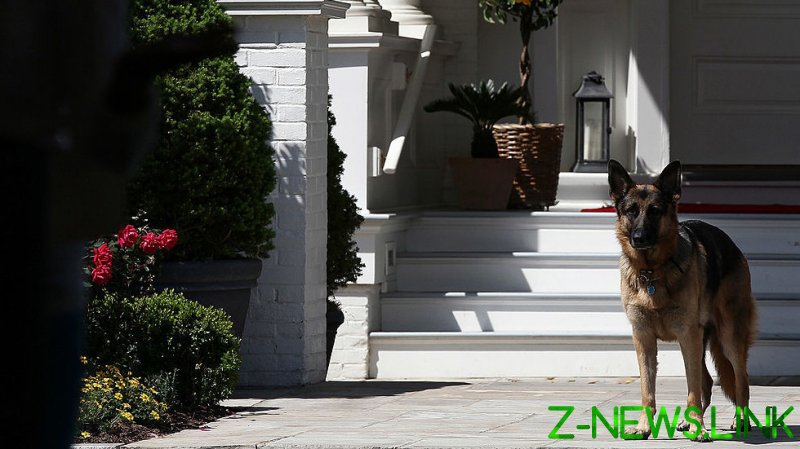 Major, a German Shepherd rescued by the Delaware Humane Association before being adopted by the Bidens in 2018, will move into the White House on Wednesday, along with the Bidens and their other German Shepherd, Champ. To celebrate the occasion, the Delaware Humane Association is hosting a virtual fundraising “Indogeration” on Sunday, and Democrats are already squealing with delight.

NBC’s Jill Martin is hosting the virtual event, which has been promoted in recent days by CNN, ABC, and NPR – the latter of which declared in October that the trove of apparently incriminating emails found on Hunter Biden’s laptop was “not really a story” and a “distraction,” compared to a feature-length story about an adorable dog.

Biden’s supporters were “uncontrollably excited,” with one self-described “Democratic Digital Activist” tweeting “I am going to love having Joe Biden as my president.”

Upon entering the White House in 2017, President Donald Trump broke with tradition by becoming the first president not to own a pet since the mid-19th century. Biden used Trump’s apparent aversion to animals during his own campaign, tweeting, “Let’s put dogs back in the White House” before the election.

Once Major Biden’s saccharine-sweet indogeration is done, Biden himself will take the oath of office on Wednesday. Then, Biden will be inaugurated behind an unscalable security fence, protected by 20,000 National Guardsmen. Washington DC has been fortified ahead of the ceremony, with the Secret Service dividing swathes of the city into impenetrable ‘red’ and highly restricted ‘green’ zones. The restrictions come after pro-Trump protesters vandalized the US Capitol earlier this month, though Biden was reportedly planning a scaled-back inauguration ceremony even before the pro-Trump protest got out of hand.

Ahead of the transfer of power, the militarization of DC has been described by commentators as “like Baghdad” after the US occupation.

Amid a tumultuous transition, the same media outlets hyping Biden’s dog ownership have been busy describing Trump’s supporters as “domestic terrorists,”“white supremacists,” and “extremists” whose movement needs to be “cleansed” from public life. Biden and running mate Kamala Harris, meanwhile, have been treated to softball and favorable interviews. As Biden’s dog was set to be honored on Sunday, a CBS interview with Harris and her husband, Doug Emhoff, hit the screens. In promotional tweets, CBS boasted that reporter Jane Pauley asked Harris about her taste in shoes and her first date with Emhoff.