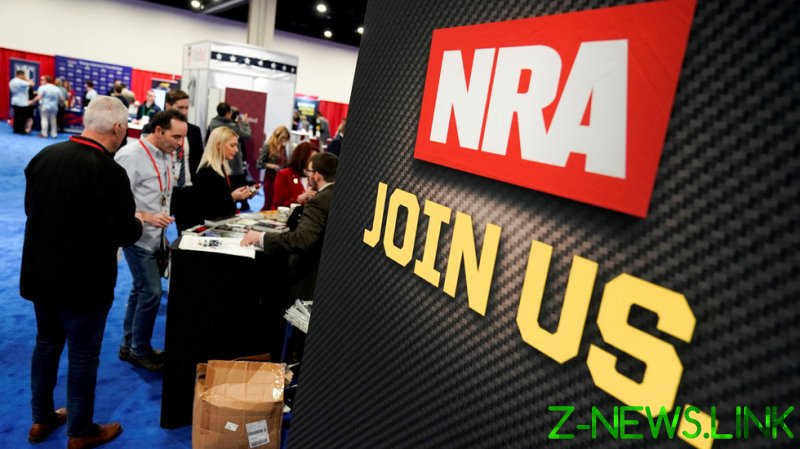 The actual statement issued by the Second Amendment advocacy group, however, explained that the NRA was filing for Chapter 11 bankruptcy protection in order to restructure as a Texas nonprofit and “exit what it believes is a corrupt political and regulatory environment in New York,” which would enable it to continue operations free from that state’s “toxic political environment.”

The NRA described New York, where it has been incorporated since 1871, as “a state where elected officials have weaponized the legal and regulatory powers they wield to penalize the Association and its members for purely political purposes.”

This was a not-so-veiled reference to the charges pressed in August 2020 by the state’s Attorney General Letitia James, who accused the NRA of misusing funds and described them as a “terrorist organization” and “criminal enterprise.”

James, a Democrat, reacted to Friday’s announcement by declaring that the NRA’s “claimed financial status has finally met its moral status: bankrupt.”

As the NRA has to receive court approval for the restructuring, James vowed to “not allow the NRA to use this or any other tactic to evade accountability and my office’s oversight.”

It is unclear how James intends to accomplish that, however, as the NRA has filed its petitions in the federal bankruptcy court in Dallas, Texas. The group says its employment and operations should remain unchanged pending the proceedings, with the headquarters remaining in Fairfax, Virginia for the time being.

The NRA says it will propose a plan for “payment in full of all valid creditors’ claims” and expects to uphold commitments to “employees, vendors, members, and other community stakeholders.”

Meanwhile, Governor Greg Abbott, a Republican, reacted to the announcement by tweeting it out and adding, “Welcome to Texas—a state that safeguards the 2nd Amendment.”

The Second Amendment says “the right of the People to keep and bear arms, shall not be infringed,” and is part of the Bill of Rights added to the US Constitution in 1791.