Democratic state rep accused of taking $630,000 in Covid federal funds and using some to GAMBLE 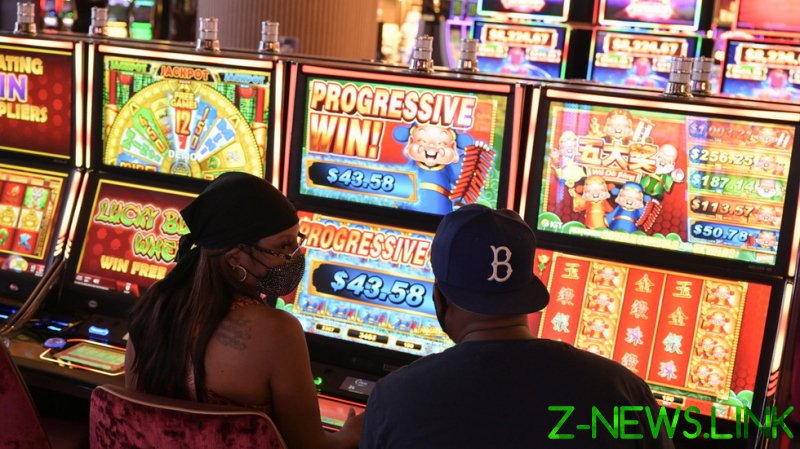 DiMassa, a Democrat, was charged on Wednesday with wire fraud. According to the FBI, DiMassa took checks from the city of West Haven meant for Covid-19 expenses, including legal work and labor for a local clinic, and deposited them into an account for a dummy company, created in January, called Compass Investment Group LLC. The funds had been received under the auspices of the federal Coronavirus Aid, Relief, and Economic Security (CARES) Act.

Compass Investment provided no actual services, the FBI said, and DiMassa made nearly two dozen cash withdrawals from his account, using thousands to gamble at the Mohegan Sun casino, located in the state. The judge before whom he appeared on Wednesday said the defendant was currently “in treatment” for gambling issues.

DiMassa was elected to his position representing West Haven in 2016. The accusations against the Democrat come in the wake of Mayor Nancy Rossi’s recent announcement that inquiries were being made into CARES Act funds awarded to the city, after several large expenditures raised alarm. West Haven received $1.2 million in funds, according to the mayor.

DiMassa has been removed from his committee assignments, Connecticut House Speaker and Majority Leader Matt Ritter said in a public statement, adding that there were “concerns” over his Democrat colleague’s arrest, however.

“We have significant concerns about Rep. DiMassa’s arrest, but we don’t have information on the charges, or additional details. We will be monitoring this story closely to see when and if more facts emerge,” he said.