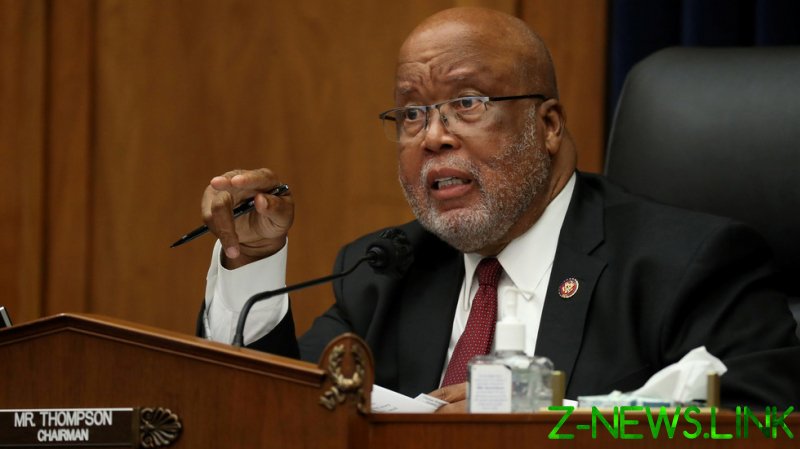 Thompson sued the former president on Tuesday for allegedly conspiring with Giuliani and the so-called “extremist” groups for supposedly attempting to prohibit the Senate from certifying the election results in which Democrat Joe Biden emerged victorious. The suit was filed by Washington lawyer Joseph Sellers and African American advocacy group the NAACP on behalf of Thompson.

Rather than focusing on allegations of incitement, Thompson’s suit claims Trump and his co-defendants “plotted, coordinated, and executed a common plan to prevent Congress from discharging its official duties in certifying the results of the presidential election.”

Giuliani and Trump specifically “engaged in a concerted campaign to misinform their supporters and the public, encouraging and promoting intimidation and violence in furtherance of their common plan” to promote Trump’s re-election “and to disrupt the legally required process before Congress to supervise the counting of the Electoral College ballots and certify the results of that count,” the suit charges.

As a result, Thompson was “hindered and impeded in the discharge of his official duties,” intimidated while attempting to serve in his official functions “when the Capitol was under attack,” and “suffered emotional distress,” the suit claims, demanding “an award of compensatory damages,” as well as “punitive damages” to deter others from behaving similarly in the future.

The lawsuit alleges a violation of the Ku Klux Klan Act of 1871, which was enacted to prevent conspiracies that used “violence and intimidation” to “prevent Members of Congress from discharging their official duties.”

It is the first lawsuit filed against Trump by a member of Congress, according to the Associated Press, though more are believed to be on their way – filed either by fellow members of Congress or by law enforcement officers injured in the melee.

Sellers explained the suit was being brought in Trump’s capacity as a private citizen and argued, “What we see here is so unprecedented that it’s really reminiscent of what gave rise to the enactment of this legislation right after the Civil War.” Trump’s critics have repeatedly denounced the ex-president and his followers as white supremacists, despite him winning a larger share of minority voters during the 2020 election than he did in 2016.

Trump was acquitted by the Senate of the impeachment charge of inciting an insurrection on Saturday. Trump adviser Jason Miller reiterated on Tuesday that the former president did not organize the ‘Stop the Steal’ rally on January 6th, nor did he “incite or conspire to incite any violence at the Capitol” that day. A mob of Trump supporters entered the Capitol after the then-president spoke to them outside the White House, temporarily disrupting the Electoral College vote count. Five people died in the resulting chaos, including four Trump supporters and one Capitol police officer.