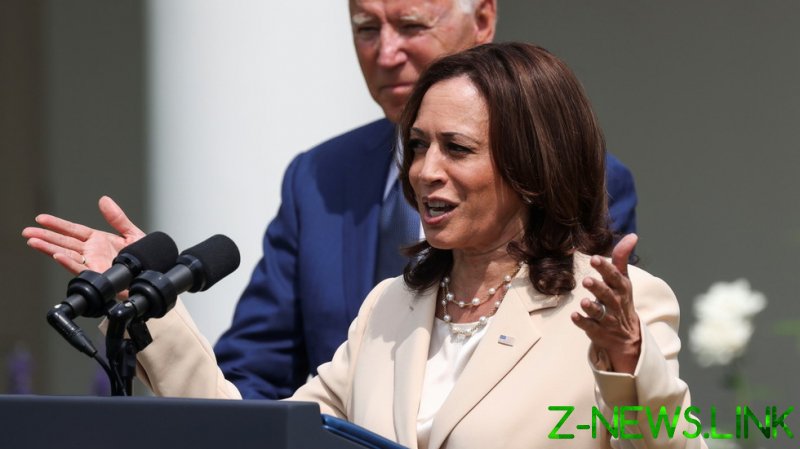 Sharpton, whose National Action Network is a powerful player in Democratic Party politics, has called for Harris to be better deployed within the Biden administration. In an interview with The Root on Tuesday, he expressed dissatisfaction with the “marginal positions” and called for Biden to give the first-ever black and female VP “more positions of power,” suggesting “her being in charge of voting was important,” but that something more was required.

“I would like the president to put her in charge of the voting package and criminal justice. Also, he needs to put Kamala at the forefront of the George Floyd bill that he promised to get through,” he said, referring to a police reform bill that died in Congress last month. Neither party could reach an agreement on the legislation, and Biden has pledged to examine “further executive actions” in the hope of pushing some parts of the package through.

Harris “was a prosecutor and a state attorney general, so she knows the criminal justice system and understands both sides,” Sharpton opined, adding that “she is also a Black woman in the time of Breonna Taylor and other Black women who have suffered racism, so I think that she should have those assignments and be able to get certain things to Congress.”

However, Harris’ tenure as California state attorney general was not exactly kind to black women. They were more likely to be caught up in her infamous anti-truancy campaign, which saw parents locked up when their children failed to attend school. Despite attempting to distance herself from the program, video of her laughing over the initiative surfaced during the 2020 presidential primaries, helping sink her campaign. Harris’ office also attempted to cover up a massive scandal within the state’s crime lab and infamously attempted to withhold DNA evidence that could have exonerated a death row prisoner.

Despite her controversial criminal justice record, Sharpton insisted he wanted to see Harris “thrive,” vowing to “communicate that to the president,” but discreetly.

“It would be unwise for me to have her at my event and use that as a platform to raise the issue, so instead, I will speak directly to the President,” he reasoned.

Harris was tasked earlier this year with managing the immigration crisis at the US-Mexico border, an assignment she largely ignored for several months as unprecedented numbers of migrants streamed into the country. An all-time record of 1.7 million arrivals have been detained in the fiscal year 2021.

While the Biden-Harris administration initially adopted a welcoming posture toward the crowds of immigrants surging into the US illegally, Harris was forced to roll back the welcome mat, belatedly telling the masses “Don’t come” or “you will be turned back.” However, neither Mexican nor American authorities have thus far been able to halt the human tide, and a thousands-strong caravan broke through a border crossing between Mexico and Guatemala last week, headed for Mexico City and ultimately the US.

The Biden administration has quietly readopted some of its predecessor’s border policies, despite running on a platform that denounced them as “racist.” Next month, the White House will reinstate Trump’s “Remain in Mexico” policy, requiring migrants to wait out their asylum proceedings there instead of being permitted to live freely in the US while awaiting their court hearing. Attempts to revoke it were stopped in court in August, after Texas and Missouri filed lawsuits arguing the reversal had led to an uncontrollable influx of illegal immigrants.