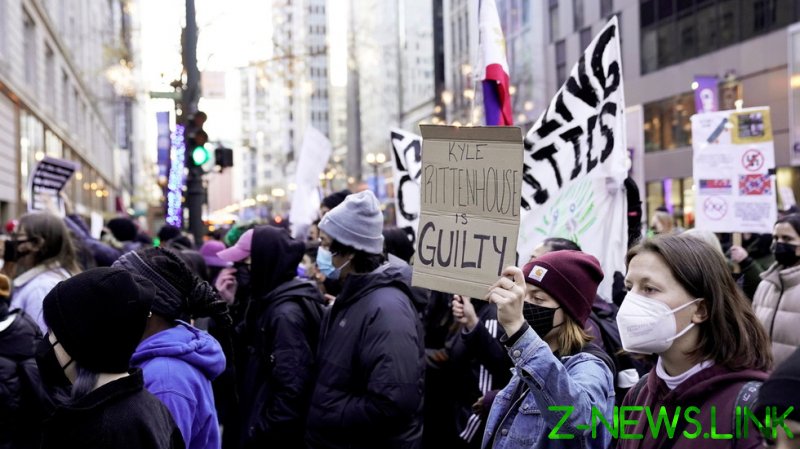 “The blood of Kyle Rittenhouse’s victims is on the hands of Wisconsin citizens, even the children,” Mary Lemanski, then-social media director for the Democratic Party in Illinois, tweeted after an SUV was driven into a Christmas parade, killing multiple people and injuring dozens. Lemanski went on to refer to the tragedy as “karma” in a separate tweet.

“I’m sad anytime anyone dies. I just believe in Karma and this came around quick on the citizens of Wisconsin,” she wrote.

Lemanski, whose Twitter profile says she is an acting student with the Second City Comedy Group, meanwhile mockingly referred to the SUV driver as fearing for his life and simply offering “help.” The remarks echoed Rittenhouse’s explanation that he shot and killed Anthony Huber and Joseph Rosenbaum in August 2020 in self-defense, claiming he was present during a protest-turned-riot to offer people help.

Lemanski later deleted her tweets as they began to spread online, and shared a statement saying she had resigned from the social media role after making “some remarks that were not in good taste regarding the Waukesha tragedy”. She also claimed she would sue Fox News for harassment, as the outlet was the first to highlight the tweets.

DuPage County Democrats have distanced themselves from Lemanski’s comments and described her as a “former member of our organization.” There is no one currently listed as the party’s social media director on its staffing page.

“We are aware of statements made by a former member of our organization and find them to be incredibly insensitive and not in alignment of who we are as an organization. Our organization does not support hate in any form,” the group tweeted on Monday.

At least five people were killed and over 40 were injured on Sunday when a driver plowed his SUV into a crowd gathered for a Christmas parade.