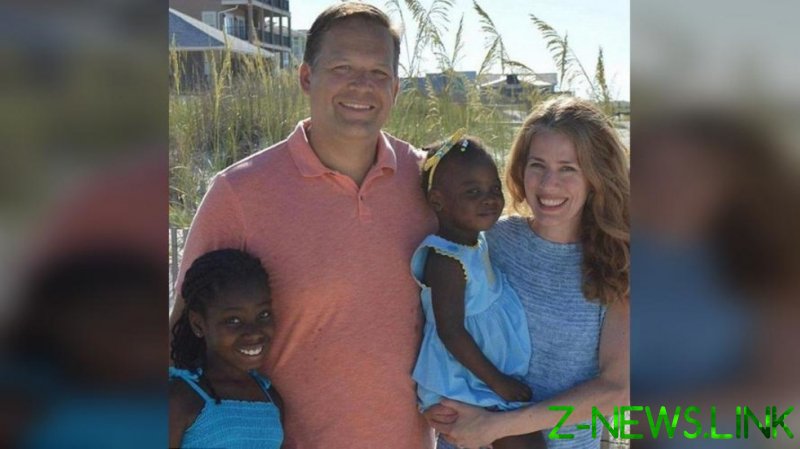 Democratic activist John Lee Brougher, managing director of billionaire Tom Steyer’s NextGen America super PAC, said Friday that as an adoptee, he personally needs to “know more” about how Barrett adopted and treated her two children from Haiti. “Transracial adoption is fraught with trauma and potential for harm, and everything I see here is deeply concerning,” he tweeted.

Brougher, who is originally from South Korea, didn’t specify what he’d seen about Barrett’s parenting that was “deeply concerning.” He went into social media hiding after his disparagement of Barrett drew backlash, blocking public access to his Twitter account.

Also in hiding on Twitter and Facebook was Democrat campaign consultant Dana Houle, who speculated that Barrett and her husband may not have legally adopted their two children from Haiti. “Would it matter if her kids were scooped up by ultra-religious Americans, or Americans weren’t scrupulous intermediaries and the kids were taken when there was family in Haiti?” Houle tweeted.

As in the case of Brougher’s tweets, there appeared to be no underlying basis for Houle’s broadside attack, including the implication that the Barretts stole their children in “sketchy” adoptions. He suggested that the media might hide the information if reporters found that the adoptions were illegal. He also tripped over the Democrat talking point on abortion, which says that Republicans only care about babies before they are born, by tweeting that there are far more couples seeking to adopt than there are children in need of adoption.

Barrett, who also has five biological children, became a target for such attacks as speculation mounted that President Donald Trump would nominate her to replace the late Ruth Bader Ginsburg as a US Supreme Court justice, which he did at the White House on Saturday. She currently serves on the 7th US Circuit Court of Appeals in Chicago.

Brougher was lambasted on Twitter for making “ghoulish” and “absurd” implications, then cowardly hiding his account. Some commenters went to the Twitter account of NextGen America to call for his firing. Another tweeted: “This organization and John Brougher should be prohibited from being within five miles of any young people. Disgusting bunch of bigots.”

Houle fared no better on Twitter, where US Senator Josh Hawley, a Missouri Republican, said, “This is the Dem game plan – nothing but raw bigotry and hate. I promise you, this will not stand.” Other commenters, including journalist Tracy Beanz, suggested that bringing up Haiti might be a bad idea for the Democrats, inasmuch as Bill and Hillary Clinton were accused of mishandling or misappropriating funds donated to aid Haiti’s recovery from a devastating 2010 earthquake.

Barrett’s Catholic faith became a point to attack by Democratic senators when Barrett was appointed by Trump to the 7th US Circuit Court in 2017. Senator Dianne Feinstein questioned whether she would have unbiased legal opinions, given that “the dogma lives loudly within you.” Senator Dick Durbin asked Barrett whether she considers herself an “orthodox Catholic.”