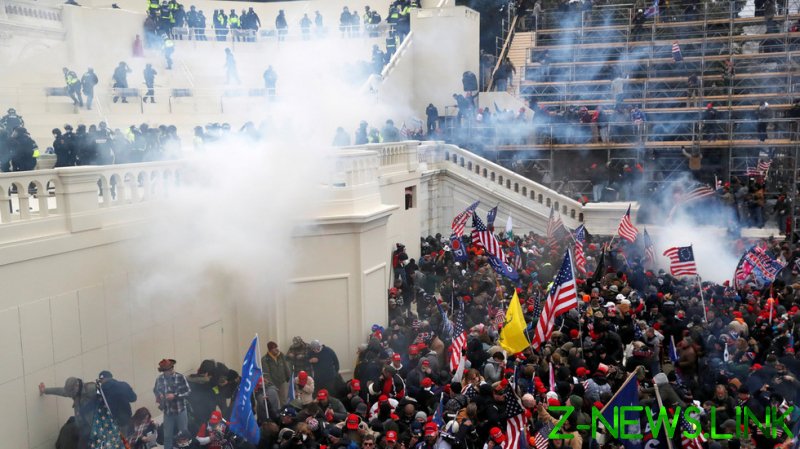 Jacobs floated her idea while appearing on CNN’s ‘Reliable Sources’ on Sunday and said the reason for this “truth commission” proposal is because “we haven’t really done the reckoning with the racial injustice and white supremacy of our past that we need to do.”

Donald Trump’s impeachment trial, according to Jacobs, was “just the start” and more people who “incited, encouraged, or committed acts of violence” need to be held “accountable.”

As for what exactly this truth commission would look like, the California Democrat described it as “communities all the way up to the national level having conversations about the gory and glory of our history,” including the January 6 riot at the center of the impeachment trial, and these bodies ultimately creating a “common narrative of what we want our country to be.”

Jacobs also sees “far-right media” and its influence through social media as a problem creating division and violence in the country.

While Jacobs’ talk of “national conversations” and a “common narrative” did not shock CNN host Brian Stelter, social media users saw the congresswoman’s idea of a vague “commission” targeting right-wing outlets and holding people “accountable” as an Orwellian nightmare filled with thought police and authoritarian rule.

Jacobs is not the first Democrat to suggest government-backed committees that would, in one way or another, target media they deem accountable for spreading misinformation.

Rep. Alexandria Ocasio-Cortez (D-New York) said something similar last month when discussing her experience during the US Capitol riot. Ocasio-Cortez revealed there have been talks among lawmakers to create “truth and reconciliation media literacy initiatives” to “rein in our media environment.”

“I do think that several members of Congress, in some of my discussions, have brought up media literacy because that is a part of what happened here and we’re going to have to figure out how we rein in our media environment so that you can’t just spew disinformation, and misinformation,” she said.