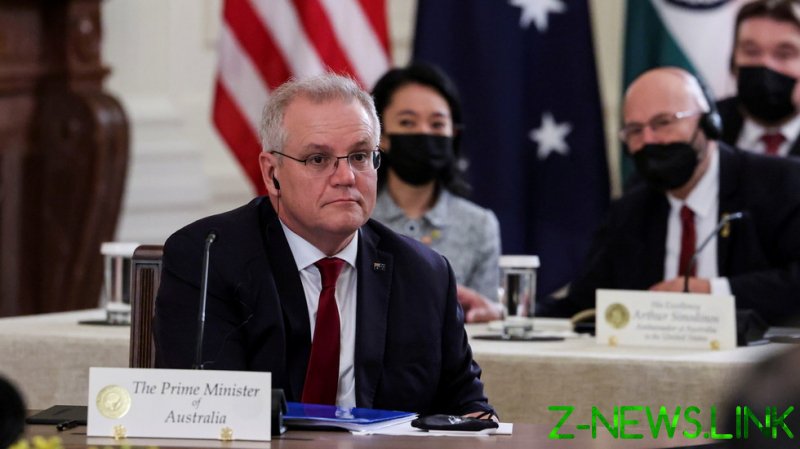 The cabinet, comprised of the PM, state premiers and territory leaders, was formed in response to the Covid-19 pandemic. The government claims that body’s decisions should be afforded the same protections from disclosure requests as the federal cabinet.

The issue came to the fore when the government refused a Freedom of Information (FOI) application by South Australian Independent Senator Rex Patrick relating to a May 2020 National Cabinet meeting, arguing they were “an official record of the cabinet.”

An Administrative Appeals Tribunal (AAT) ruled against the government last month, but top government officials continue to insist that the National Cabinet is a committee of the federal ministerial cabinet and not subject to FOI requests.

Earlier this month, the government proposed legislation that would extend secrecy protections in the FOI Act to all National Cabinet minutes and meetings, saying “confidentiality of information and decision-making” is “critical” to its functioning.

On Monday, as the Senate’s finance and public administration committee examined the proposed law, Senator Patrick called it “delusional” and told the government to “cut the crap.”

“The prime minister is clearly absolutely addicted to secrecy and what he did was quite disrespectful to the conventions, the longstanding conventions of responsible government in Australia,” Patrick told the Guardian.

New South Wales Senator Tim Ayres also questioned why the Senate would be “persuaded by a set of arguments” that had already been “rejected entirely” by the AAT.

Information Commissioner Angelene Falk expressed concern with the way the legislation was drafted – arguing that it opened the door for the prime minister to cloak other government bodies in secrecy by declaring them cabinet committees.

Falk also denied the government’s claim that it had consulted her office when formulating the legislation, saying she was unaware of any of her state and territory counterparts being asked for their inputs to the bill.

Meanwhile, the Australian Human Rights Commission told the Senate committee that the proposed bill would increase levels of non-transparency across as many as 15 separate laws.

Noting that the proposed changes involve “permanent change(s) to confidentiality rules over public policy,” HRC President Rosalind Croucher said it was important that “emergency situations do not become a broad justification for unnecessary increases in executive power to the detriment of democracy.”

The Law Council of Australia – the top body representing the legal profession – has also argued that the current FOI exemptions are sufficient to stop the disclosure of information in cases where the risk of potential harm to national interests outweighed the public interest.

Last week, Australia Capital Territory Chief Minister Andrew Barr – a member of the National Cabinet – had called the legislation a “solution looking for a problem” and disclosed that there were “not that many things” tackled by the body that could be “considered so secretive as to not be able to be pretty freely discussed.”