Dell announced a new laptop in a chic color 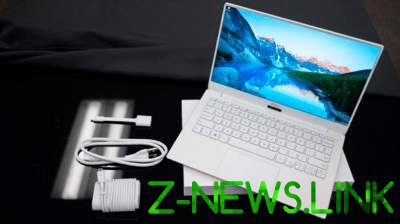 Dell does not cease to experiment with printing different versions of the Dell XPS 13.

Dell XPS 13 is one of the most attractive devices in its class, the demand is regularly high, so the manufacturer decided to further whet the interest in the device, the release of new colors.

The laptop has appeared in different colors, but the front part was always black. And now Dell showed a completely white version which looks amazing.

The official debut of the white Dell XPS 13 will be held at CES 2018. The device will change not only visually but also in terms of toppings. It is reported about the equipment of the notebook USB ports a-C, a port for microSD cards, the camera moved to the center of the lower frame, if we are not mistaken, it consists of two lenses, which directly indicates the presence of an infrared camera for Windows Hello.

Dell also replaced the housing material, because the white paint on the carbon fiber looked not so effectively, as the current material.