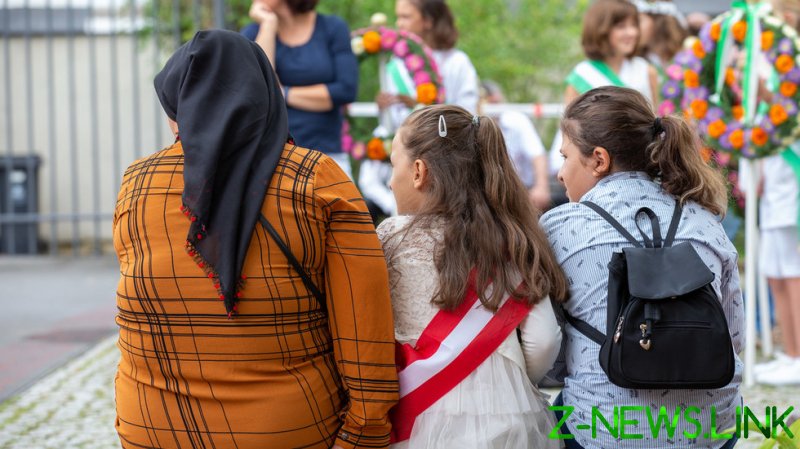 The court declared the ban unconstitutional in a Friday ruling, saying it violates Austria’s principles of religious and ideological neutrality. “The school is based, among other things, on the basic values of openness and tolerance,” the court’s president, Christoph Grabenwarter, said, adding that, by focusing on a specific religion, the legislation infringes upon this principle of equality.

The regulation… marginalizes Islamic origin and tradition as such.

Passed in May 2019, the law does not explicitly mention Muslim head coverings. Instead, it prohibits primary school children from wearing “ideologically or religiously influenced clothing, which involves covering of the head,” while making specific exemptions for the Jewish kippah and the patka headdress worn by Sikhs.

The legislation, supported by the Conservative People’s Party (OVP) and the right-wing Freedom Party (FPO), which at that time retained a majority in the parliament, was met with skepticism as its opponents called it “populist” while people ridiculed it on social media.

Austria’s Islamic Faith Community (IGGO) said the law violated religious freedom as well as parents’ rights to educate their children in their faith. The IGGO then filed a formal complaint with the court in January this year.

The government argued that the ban is aimed at protecting Muslim girls from “social pressure” when it comes to wearing religious clothing. The court, however, dismissed such reasoning as insufficient, and said that the legislature’s real effect is detrimental to the nation’s integration efforts, which is the opposite to what its authors supposedly sought to achieve.

“The ban on the Islamic headscarf, which selectively covers a specific religious or ideological clothing, deliberately stigmatizes a certain group of people,” the court ruled. “It carries the risk of making it more difficult for Muslim girls to access education or marginalizing them socially.”

The judges also rejected the argument that wearing headscarves in schools could lead to religious conflicts, adding that the ban applied to girls that “do not disturb the peace at school” anyway.

Following the court’s decision, the IGGO said that “our trust in the rule of law and our patience have paid off.” The news was also welcomed by most of Austria’s opposition parties. The Social Democrats called on the government to “respect” the ruling as well as to develop an integration concept that “no longer sees integration as a populist plaything but as a socio-political task.”

The government, which is still led by OVP’s Sebastian Kurz, said it would “of course” accept the ruling. Still, Susanne Raab, the minister for women and integration, noted that she finds it “regrettable” that young girls would have to wear headscarves in school from now on. The OVP’s former coalition partners from FPO denounced the decision as a “sad day for children’s rights.”