Home / WORLD / Defund the police… wait, no, my car’s been stolen, help! Woke political figures see their ideology falter as reality sets in

Defund the police… wait, no, my car’s been stolen, help! Woke political figures see their ideology falter as reality sets in 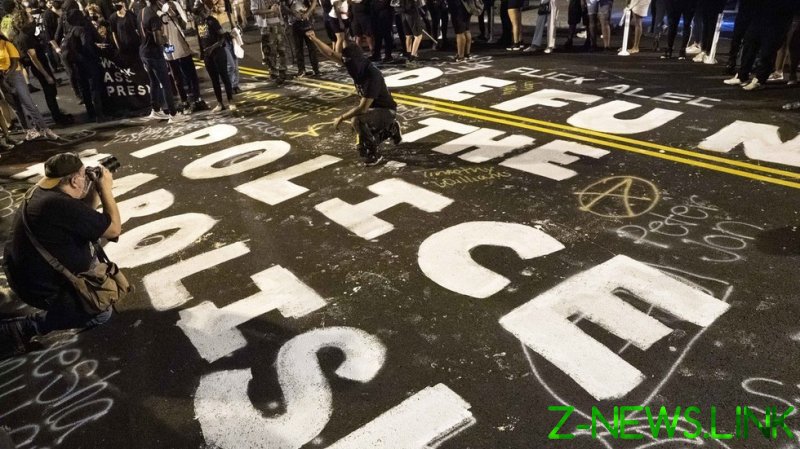 The term, “when the rubber hits the road” is used whenever an idea that seems good in theory meets practical application – basically, whenever you try to apply your own perceived genius to everyday life. Sometimes this works wonderfully, at other times the proverbial rubber explodes and everything you thought that was going to work doesn’t. Such is the way that the woke ideology goes, because it seems more and more that those who follow these ideas end up either abandoning them or seeing the error of their ways.

Black Lives Matter (BLM) co-founder Patrisse Cullors is a good recent example. Just yesterday, she resigned from her position as the executive director of the BLM foundation. The “trained Marxist” was recently outed as having spent $3.2 million on real estate. “From each according to his ability, to each according to his needs” seems to go out the window pretty quickly once you have a certain number of zeros in your checking account. She blamed those darn right-wingers for making it into news, of course.

Unbeknownst to her, she’s only one “meddling kids” rant from sounding like a Scooby-Doo villain. And, like those villains, you can’t blame the person who does the unmasking of your own deeds, especially if they conflict with the ideology you say you have adopted.

Another interesting story is that of Antonio Brown, a current Atlanta city councilman and mayoral candidate. His recent past seems a bit sketchy, given he’s under investigation for possible fraud, but his vote to try to defund Atlanta’s police department of $73m is the more interesting bit. Especially when you consider that, when he had his car stolen this week, the first people he called were the police. After he got his vehicle back, he penned a tweet that seemed as if it heralded a change of attitude: “Thanks to @Atlanta_Police for taking swift action to address the situation. It’s time we Reimagine Atlanta Together.”

Suddenly, Mr Brown wants to reimagine Atlanta together with the police. Well, I imagine his imagination of an Atlanta without cops changed pretty quickly once he needed them. Also, notice how this African-American individual was certainly not complaining about any sort of racism when the cops gave him a hand. Perhaps he had an epiphany that the concept of policing has an actual application, and defunding it would only do damage to people like himself in dire situations. Personally, if I’d invested my money in a Mercedes-Benz as Mr Brown had, and it was stolen from me but swiftly returned, I’d be pretty happy with the cops who solved that crime for me too.

Both of these individuals saw their ideologies go up in smoke as that proverbial rubber hit the proverbial road. Suddenly, things didn’t hold up like they used to. This is often the case when it comes to those who subscribe to woke or progressive views.

It’s frequently pointed out by those who follow crime statistics that America doesn’t really have a problem with police-involved shootings. And it’s pointed out by those who have a halfway decent knowledge of history that America is today by no means a racist nation. However, it seems like some people don’t learn until they see things in action. Ultimately, I’ve found in life that men and women sometimes need to learn for themselves why things are done the way they’re done.

Some people have to get their first job to understand how capitalism works. Some people have to need help from cops to understand why cops are there in the first place. When reality sets in, and that rubber hits the road, you can either accept the results or deny reality. For those who deny reality, more than anything it speaks to poor character on their part that they can’t learn from what works and what doesn’t.