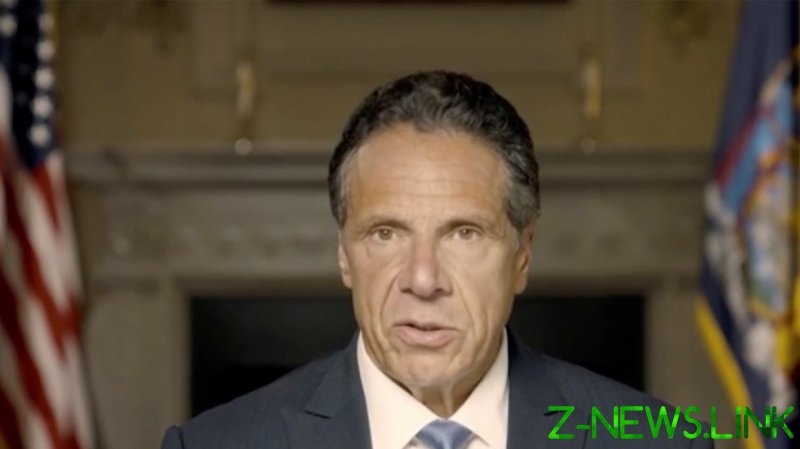 Cuomo engaged in “unwelcome and nonconsensual touching” as well as making comments of a “suggestive” sexual nature, creating a “hostile work environment for women,” state Attorney General Letitia James declared on Tuesday as she released the findings of a months-long investigation into allegations of sexual misconduct by the three-term Democratic governor.

“I believe women. And I believe these 11 women,” James declared, alluding to the ‘believe women’ slogan that became popular with the rise of the #MeToo movement in 2017.

The state’s investigation found all 11 of Cuomo’s accusers to be credible in their accusations, noting that while Cuomo himself had denied certain claims made by some of the women, investigators “found his denials to lack credibility and to be inconsistent with the weight of evidence obtained during our investigation.”

Indeed, Cuomo’s unflinching refusal to admit wrongdoing or apologize has only hardened since former aide Lindsey Boylan first went public with her allegations of unwanted sexual contact in December.

The governor insisted in a bizarre press conference on Tuesday that he had “never touched anyone inappropriately or made inappropriate sexual advances,” singling out another former aide whose accusations – untrue, he maintained – supposedly cut the deepest.

Cuomo described how Charlotte Bennett, who allegedly opened up to him of her own volition regarding her history as a victim of sexual harassment, reminded him of a younger female relative of his who had been similarly victimized. Any seemingly inappropriate behavior by the governor toward Bennett, he insisted, was merely the governor “trying to make sure she was working her way through [the trauma] the best she could.” His explanation seemed to imply that Bennett and her lawyers were at fault for failing to see the goodness at the heart of Cuomo’s comments.

The harassment apparently was not limited to women on Cuomo’s staff, the report said. His accusers included civilians and even a state trooper, a member of his security detail. Another state trooper who was present was able to confirm Cuomo’s unwanted touching in that case. The governor at one point asked her to help him find a girlfriend, creepily noting his ideal mate must be someone who “can handle pain.”

The report’s findings extended beyond unwanted touching and innuendo to Cuomo’s reportedly vindictive professional behavior and an apparent culture of fear in his office.

“We also conclude that the Executive Chamber’s culture – one filled with fear and intimidation, while at the same time normalizing the Governor’s frequent flirtations and gender-based comments – contributed to the conditions that allowed the sexual harassment to occur and persist,” investigators Joon Kim and Anne Clark, who worked alongside AG James on the investigation, wrote in the report.

“That culture also influenced the improper and inadequate ways in which the Executive Chamber has responded to allegations of harassment,” they wrote.

Waving off criticism on Tuesday, Cuomo instead changed the subject, defensively noting that his office is “a demanding place to work and it is not a place for everyone.”

Responding to the allegations of inappropriate touching, he even played a bizarre montage of himself kissing and hugging various people he has met over the years.

James’ team have spoken to 179 people and pored over 74,000 items of evidence over the course of the probe, the AG said, describing the “deeply disturbing yet clear picture” that emerged. While the trio repeatedly described Cuomo’s behavior as “unlawful,” no decision was made as to whether the conduct “amounts to or should be the subject of criminal prosecution.”